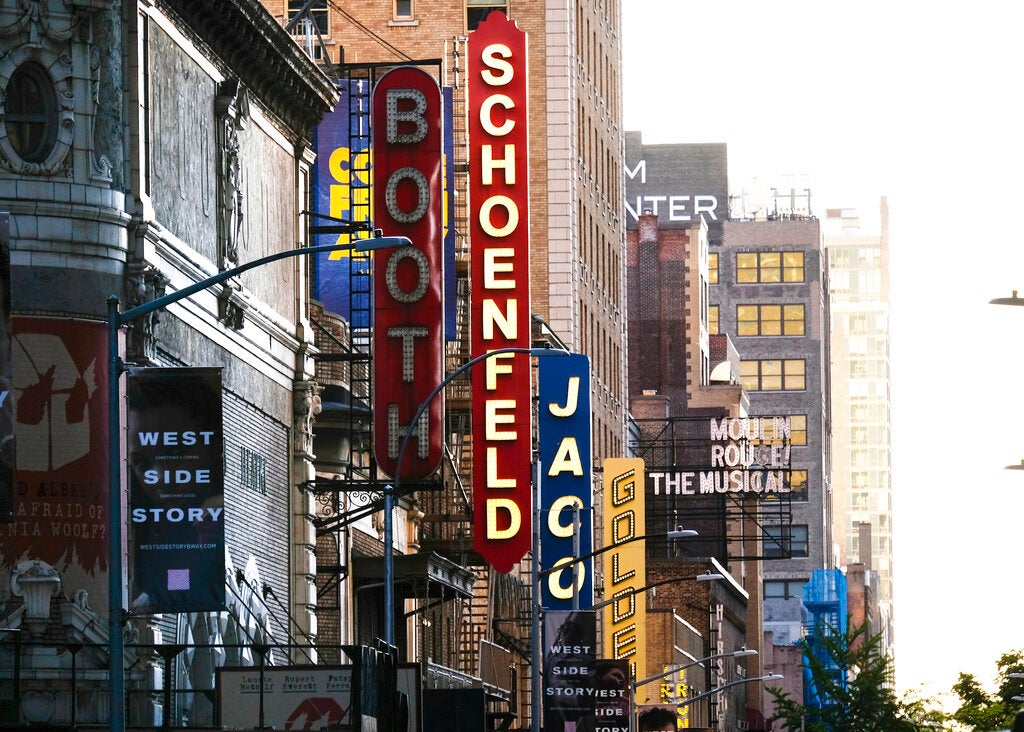 NEW YORK (AP) — We know when it paused. But when did it restart?

One of the recurring debates among theater lovers has been what would signify Broadway’s return after the global pandemic shuttered live theater in March 2020.

Was it when Bruce Springsteen played his concert show on June 26? Was it the opening of the new play, “Pass Over” on Aug. 22? Or was it when two big musicals — “Hadestown” and “Waitress” — allowed patrons inside again on Sept. 2? Is it when the iconic TKTS booth reopens?

For the producers of three powerhouse shows — “The Lion King,” “Hamilton” and “Wicked” — the answer is Tuesday, when the spiritual anchors of modern Broadway’s success rev their engines again.

“The Lion King,” “Hamilton” and “Wicked” all staked out Tuesday to reopen together in early May after then-New York Gov. Andrew Cuomo picked Sept. 14 for when Broadway could begin welcoming back audiences at full capacity.

“I think it actually won’t feel real to me until we have an audience in front of us,” said L. Steven Taylor, who stars in “The Lion King” as Mufasa. “It’s such an important element to this, and especially, I think, after everything that we’ve gone through.”

While a few other shows have opened in the meantime, the return of the trio on Tuesday — as well as the long-running “Chicago” — is an important signal that Broadway’s most valuable shows are back, despite pressure and uncertainty from the spread of the delta variant.

“The world has to restart. It just has to. We cannot sustain this anymore,” said Sharon Wheatley, a veteran actor in the show “Come From Away,” which resumes its Broadway run Sept. 21.

Ticketholders to all three mega-hits must prove they are fully vaccinated with an FDA or WHO authorized vaccine and masks must be worn at all times, except when eating or drinking in designated areas.

Actors across Broadway like Wheatley say they’re itching to get back on stage after more than a year of waiting, trusting the health experts to make the process safe.

On Tuesday, they plan staggered openings — 7 p.m. for “Wicked” at the Gershwin Theatre and 7:30 p.m. for “The Lion King” at the Minskoff Theatre. “Hamilton” will open at 8 p.m. at the Richard Rodgers Theatre. All three are opening for full capacity.

“Wicked” composer Stephen Schwartz, “The Lion King” director Julie Taymor and “Hamilton” creator Lin-Manuel Miranda are expected to be on hand, visiting each of their theaters to welcome back patrons before each show.

Another sign that Broadway is inching back to normalcy is also happening Tuesday: the re-opening of the famed TKTS booth in the heart of Times Square, where visitors can get same-day and some next-day discount Broadway and off-Broadway tickets.

“It’s such a big step forward,” said Victoria Bailey, executive director of the nonprofit Theatre Development Fund, which runs the booth. “To get it open and such a symbol to people that theater is coming back.”

Bailey says Broadway’s return will be less like a flick of a light switch and more like a dimmer, with a slow build to regular attendance. “We’ll know so much more in two or three weeks, but you can’t swim unless you can start by dog-paddling.”

“This is really, really exciting. This is about who we are as New Yorkers. We are the arts and culture capital. Broadway and all of the arts and culture of this city express the life, the energy, the diversity, the spirit of New York City. It’s in our heart and soul,” he said during a virtual news conference Tuesday.

Singer and songwriter Sara Bareilles, who wrote music for the musical “The Waitress,” joined de Blasio at his news conference and called the reopening a “magic day” for the theater community.