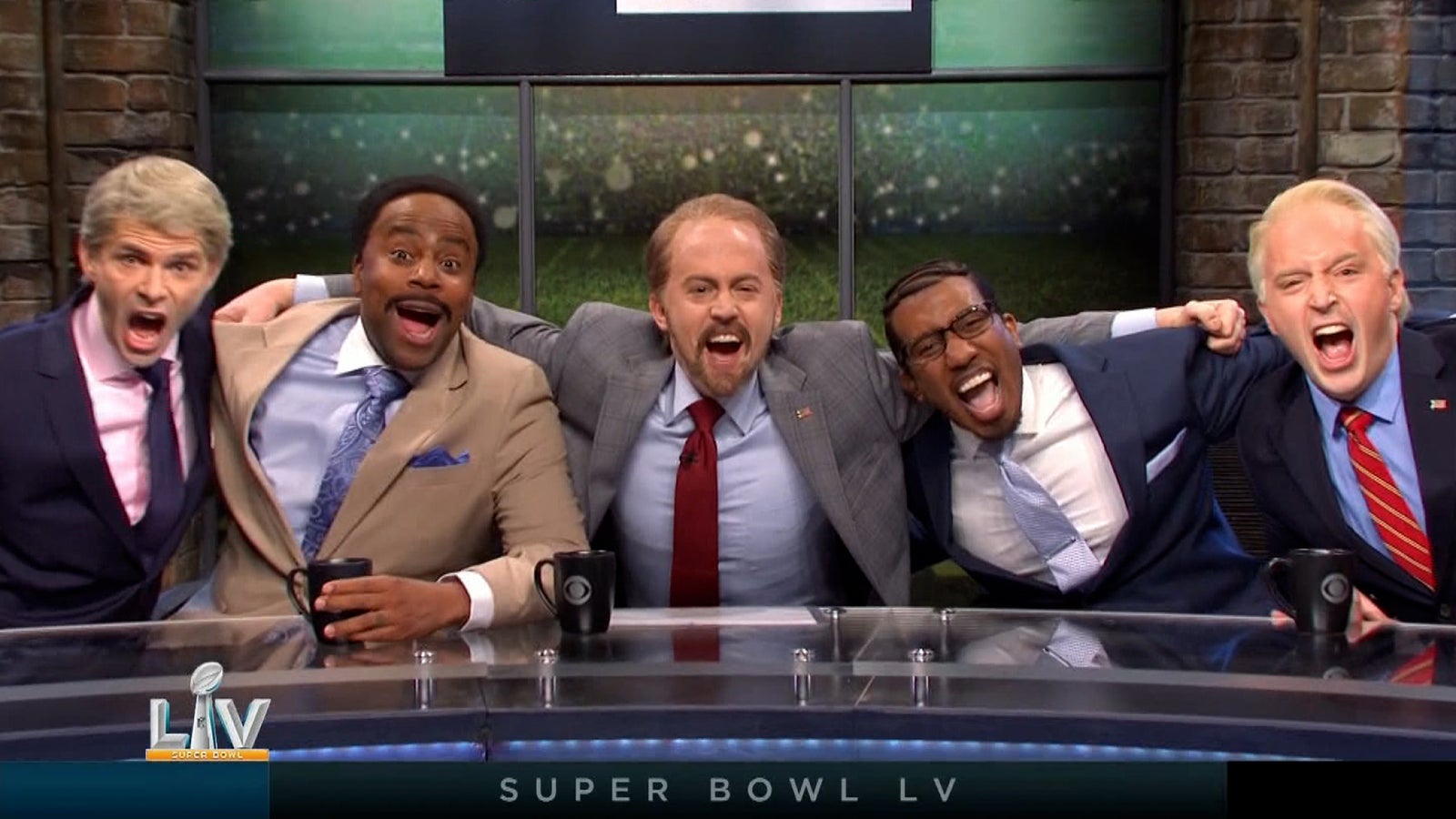 (CNN) — Sunday is an unofficial holiday in the US as the NFL kicks off the Super Bowl, and “Saturday Night Live” had plenty to say about it.

“Hello! Welcome to the Super Bowl — four hours of television for 11 minutes of action,” Thompson’s Brown said. “I am James ‘No, Not That One’ Brown.”

Thompson mentioned that this season has been anything but normal thanks to the pandemic, as well as racial and political divisions.

“But today we come together in a spirit of unity to watch football,” he said. “And murder billions of chickens for their delicious wings.”

Thompson’s Brown said that the league worked hard to keep COVID at bay all season and luckily they only had “700 cases.”

The fake CBS pre-game crew also mentioned that the ads for Sunday’s game — when the Kansas City Chiefs take on the Tampa Bay Buccaneers in Tampa — almost brought them to tears.

“SNL” then showed a fake ad for Cheez-Its that featured images of historical figures fighting injustice. The ad ended with the tag-line: “Cheez-Its, historically delicious.”

That was followed by a fake ad “to balance out the progressive ads” from Papa John’s. It showed off Papa John’s pizza alongside conspiracy theories and ended with the announcer saying “stop by with your Q-pon today.”

After talking to the two coaches in the Super Bowl, Andy Reid and Bruce Arians, both played by Aidy Bryant, the pre-game show ended with the announcers making final predictions for Sunday’s big game.

Former coach Bill Cowher, played by Alex Moffat, predicted that “at the end of the game, COVID will address the Florida crowd and thank them for an incredible opportunity.”

The crew then said the show’s signature sign on, “Live… From New York! It’s Saturday night.”