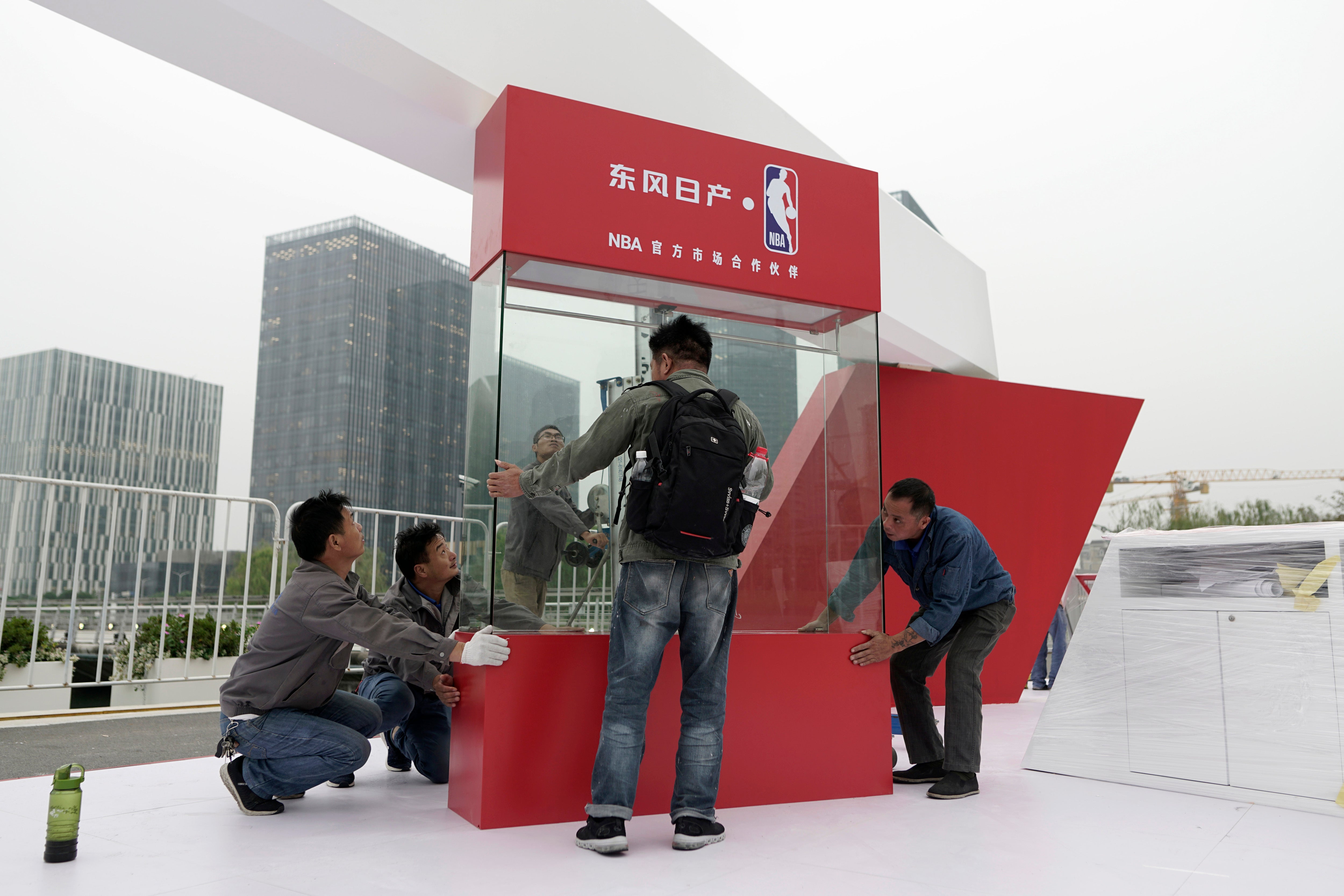 Workers dismantle signage for an NBA fan event scheduled to be held on Wednesday night at the Shanghai Oriental Sports Center in Shanghai, China, Tuesday, Oct. 8, 2019. Chinese state broadcaster CCTV announced Tuesday it will no longer air two NBA preseason games set to be played in the country. (AP Photo)
by:
Posted: Oct 8, 2019 / 08:50 AM EST / Updated: Oct 8, 2019 / 08:50 AM EST

(AP) — TV show South Park and a major video game studio are the latest businesses to get swept into a controversy over how to handle China’s censorship efforts.

Video games maker Activision Blizzard said Tuesday it kicked a Hong Kong esports pro out of a tournament and seized his prize money after he voiced support for Hong Kong’s pro-democracy protest movement.

Chinese video streaming sites apparently scrubbed all episodes of South Park after an episode about U.S. businesses kowtowing to Beijing.

Creators Trey Parker and Matt Stone issued a faux apology, saying, “Like the NBA, we welcome the Chinese censors into our homes and into our hearts.”

They were referring to a rapidly deleted tweet by the Houston Rockets general manager supporting the Hong Kong protests that sparked a Chinese backlash.