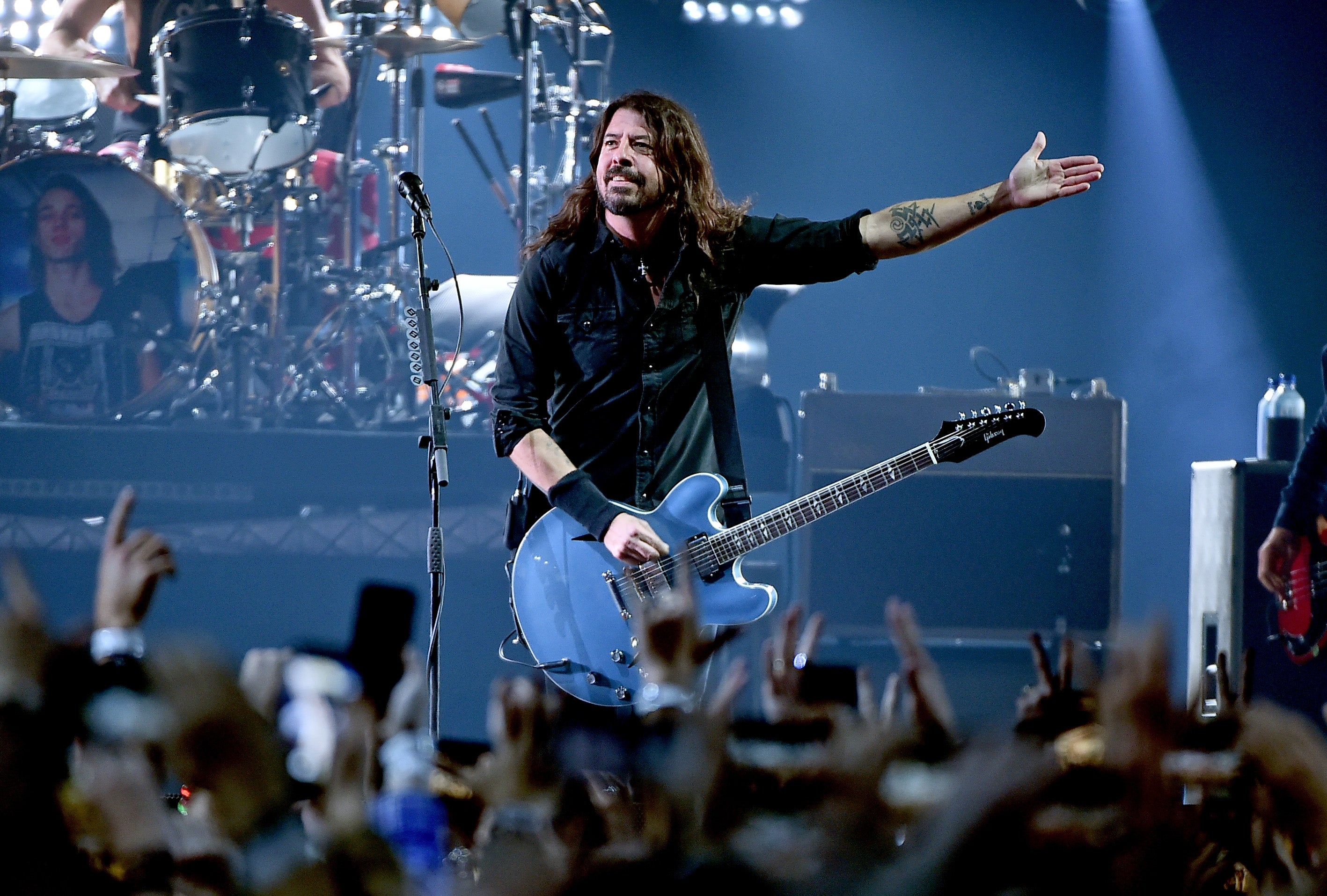 (CNN) — The 10-year-old UK girl who challenged Dave Grohl to a drum battle three months ago is now co-writing a song to someday perform with the Foo Fighters front man and his band.

Nandi Bushell, the young multi-instrumentalist who captured thousands of people’s hearts after she began sharing videos of herself rocking out as she played the drums and guitar while screaming, immediately accepted his invitation during a video chat last week.

During their virtual conversation — in which Bushell met the rock legend for the first time and taught him how to scream while doing drumrolls — Grohl asked her to perform with his band.

“When the Foo Fighters finally come back to the UK, do you think that you would get up onstage and jam with us?” Grohl asked. “But it has to be at the end of the set, because you’re gonna steal the show. It can’t be at the beginning of the set, because if you come out first, it’s just all downhill from there.”

Their conversation also included Grohl sharing words of wisdom and telling her about how he started playing drums.

Bushell gushed about the meeting on Instagram, saying, “Mr Grohl! It was an honour and so EPIC to meet you! I had so much fun talking to you.”

“I really, really can’t wait to write a song with you and perform on stage with the Foo Fighters! Wow this is going to be the greatest rock song EVER! Even better than the one Tenacious D wrote!” Bushell posted.

While it’s unclear when the Foo Fighters can travel again for concerts, when they do end up performing together, the pair agreed they will both sing while Grohl plays guitar and Nandi plays bass and drums.

The two, separated by decades of experience and one iconic “MTV Unplugged” performance, have repeatedly squared off (online) in an ongoing drum battle. In September, the Grammy Award-winning rocker even wrote an original song about Nandi and her precocious talent.

“Nandi was amazed, and could not believe it was real,” John Bushell, Nandi’s father, told CNN. “She was star struck but played it very cool. I think Dave was a little nervous too. Nandi can’t wait to write a song with Dave. This is the part she talks about most.”

Nandi, from Ipswich, England, was five years old when she first started playing the drums. She now plays multiple instruments, including bass, guitar, and drums. She is also learning piano.

This is not the first time the rocker is getting some love from one of her favorite musicians. In June, Rage Against the Machine guitarist Tom Morello sent her one of his guitars after watching her cover their 1999 anthem “Guerrilla Radio.”