‘The Walking Dead’ weathers another major cast exit, with eye on future 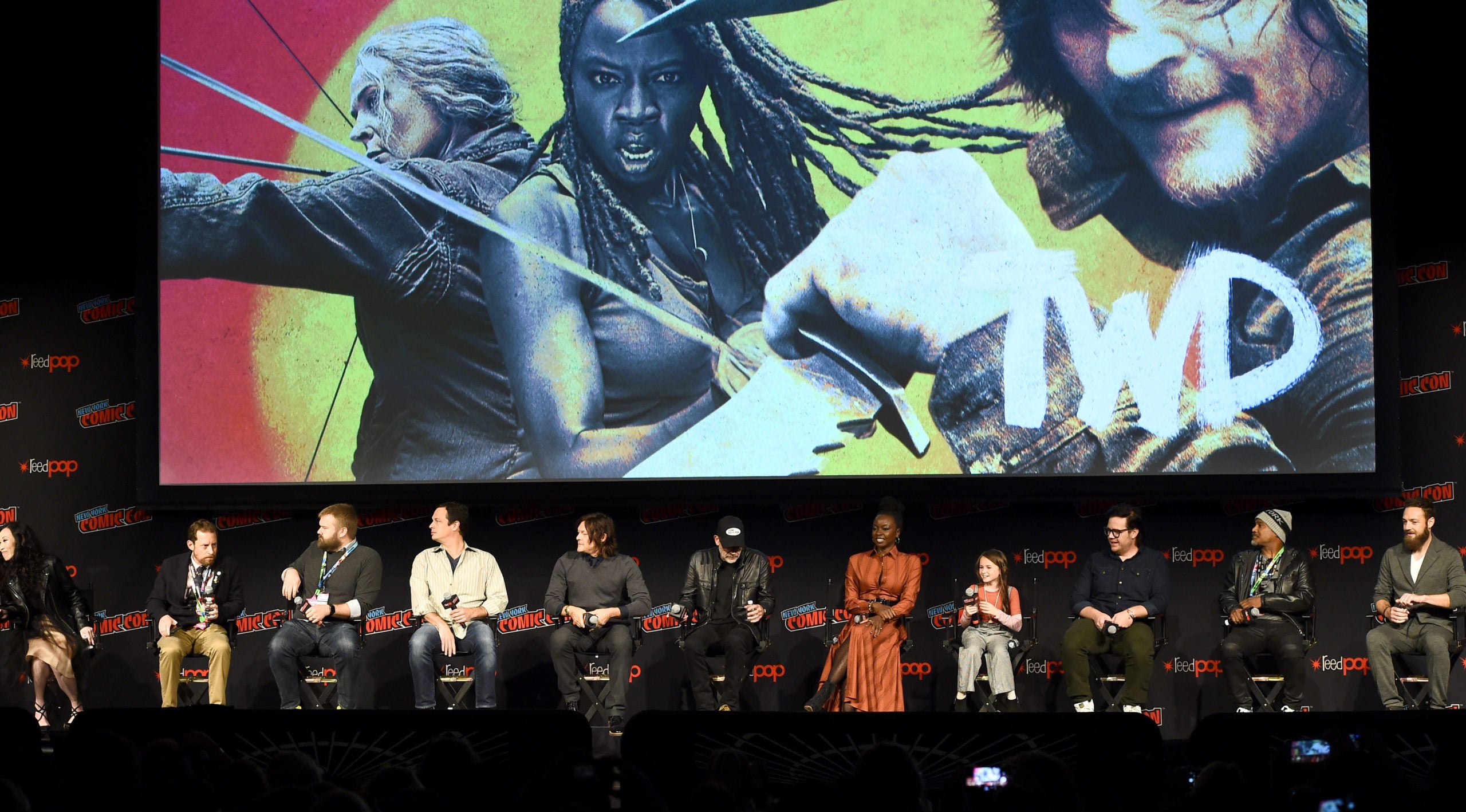 (CNN) — The following contains spoilers about the March 22 episode of “The Walking Dead,” titled “What We Become.”

“The Walking Dead” marked another major exit Sunday, but like the last character of similar magnitude to leave, the departure wasn’t feet first, but rather designed to continue expanding the brand elsewhere.

It was announced last summer that Danai Gurira and her sword-wielding alter ego Michonne would be exiting the flagship AMC drama. But like Andrew Lincoln, who portrays Rick Grimes, she was left alive at the end, embarking on a new quest to find Rick that could potentially reunite them, after discovering a clue that might lead to him.

That raises the prospect that Gurira — who was featured in “Black Panther,” among other things — will eventually turn up in the movies starring Lincoln that AMC has planned. Scott Gimple, the producer who oversees all things “Walking Dead,” has described the films as “big evolutions of what we’ve been doing on the show.”

Still, if it’s a boost to those efforts, losing Gurira surely deals a blow to the main program, which has already had key players siphoned off for various offshoots.

In addition to “Fear the Walking Dead,” AMC is adding a two-year limited series, “Walking Dead: World Beyond,” featuring a new cast — fronted by teenage characters — in this post-apocalyptic world. (The show was to have premiered behind the “Walking Dead” season finale, but that scheduled April debut has been indefinitely delayed.)

AMC hasn’t appeared concerned that the various extensions will dilute the original, which continues to lumber along — still formidable by the current standards of TV ratings, if a shadow of the juggernaut that it once was.

As for Michonne’s sendoff, the series employed an interesting what-if device, illustrating other directions that her life might have gone in had she not made the decisions that brought her into the show.

That included, at the beginning and end, the arresting image that introduced her, with a pair of armless zombies in tow designed to keep other “walkers” at bay.

Granted, having her drugged and hallucinating felt a bit manipulative. But the approach offered a way to commemorate her journey since joining the show in the third season, offering a reminder of the character’s personal arc over that span. That included showing mercy toward Virgil (Kevin Carroll), even after he lied to and imprisoned her.

As noted, Gurira wasn’t a member of the original cast but nevertheless leaves a big pair of shoes to fill. Three more new episodes remain in the current season, and AMC has already renewed “The Walking Dead” for an 11th season and announced that another fan favorite, Lauren Cohan, will return — with the disclaimer that TV scheduling plans have been rendered uncertain because of coronavirus.

Like Rick, Michonne isn’t gone or forgotten, but she will be missed. “The Walking Dead” has seen its share of comings and goings over the years, but if history’s any guide, there are certain casualties — and a level of star power — that aren’t easily replaced.