Will, Could, Should Win: Final Oscar Predictions 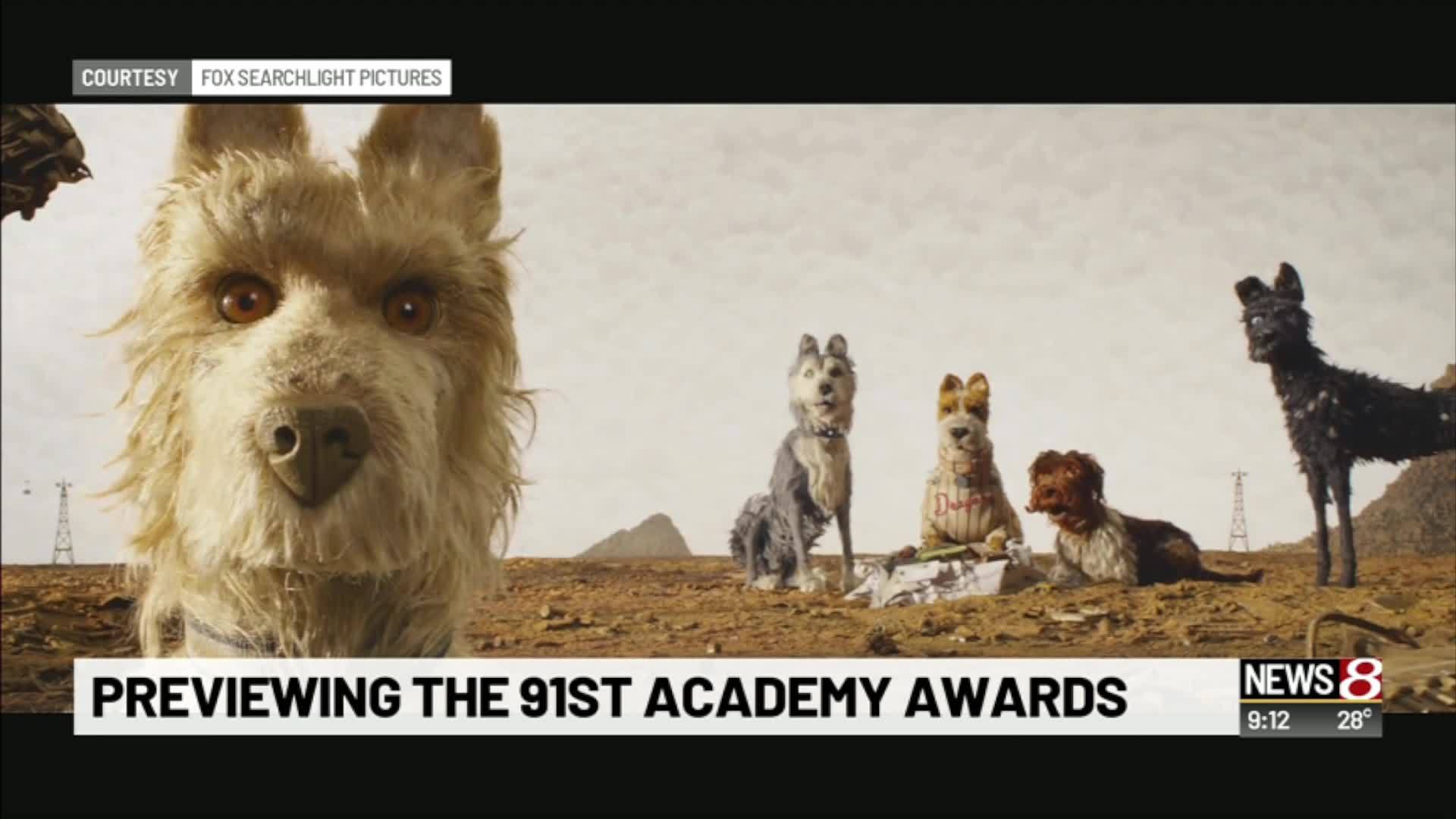 (WISH) — Various headlines have surrounded this season’s Academy Awards ceremony more than ever before.

Here’s how it all went down:

All of this chatter and discussion, and there are still 24 awards to give out!

Will Win: Roma
Could Win: Green Book
Should Win: A Star Is Born

You could make cases on each film as to why it will and why it won’t win. This is one of the most wide-open Best Picture ever: could a superhero or foreign language film be the first winners in their respective genres?

Keeping the preferential ballot in mind, I’m sticking with my instincts and predicting Roma to win the night’s biggest award.

Next to Original Song, this is one the easiest categories to predict as Cuarón gorgeously brought his passion project to life.

Actor in a Leading Role:

I previously thought some voters would refrain from recognizing Bohemian Rhapsody because of director Bryan Singer’s allegations of sexual assault with minors, but I’m beginning to think the opposite: the film will be awarded in multiple categories to spite Singer.

Bale was my predicted winner throughout the awards season, but Malek seems to be this season’s young, beloved first-time acting winner.

Actress in a Leading Role:

Will Win: Glenn Close – The Wife
Could Win: Olivia Colman – The Favourite
Should Win: Lady Gaga – A Star Is Born

Actor in a Supporting Role:

Will/Should Win: Mahershala Ali – Green Book
Could Win: Richard E. Grant – Can You Ever Forgive Me?

Ali is racing toward his second win in three years, although many consider this a co-lead performance alongside Viggo Mortensen. If someone is to take down this season’s surest acting victor, it’ll be Grant’s hilarious portrayal of a flamboyant drug dealer roped into assisting Lee Israel in forging letters.

Actress in a Supporting Role:

If only the Academy could agree and award both Weisz & Stone for their co-lead/co-supporting performances as cousins fighting for the affection of Queen Anne.

King may have missed a nomination at both the SAG Awards and British Academy Film and Television Arts Awards, but she’s nearly swept the regional awards circuit and following three recent Primetime Emmy wins, will earn her first Oscar win on her first nomination.

Will Win: BlacKkKlansman – Charlie Wachtel, David Rabinowitz, Kevin Willmott, Spike Lee
Could Win: Can You Ever Forgive Me? – Nicole Holofcener and Jeff Whitty
Should Win: If Beale Street Could Talk – Barry Jenkins

Can You Ever Forgive Me? surprisingly claimed the equivalent prize at the Writers Guild Awards last weekend, but there’s never been a better opportunity to award longtime, respected filmmaker Spike Lee.

A win here has potential of foreshadowing a Best Picture win later in the night. Criticism and backlash continues surrounding Green Book, but there may be more supporters than detractors. The Favourite is an originally comical interpretation on history and clearly has support across the board as it leads in nominations, alongside Roma.

Will Win: Spider-Man: Into the Spider-Verse
Could Win: Incredibles 2
Should Win: Isle of Dogs

In the battle of two superhero animated adventures, the comic book-based flick should easily continue its swing through the awards season.

Although the American Society of Cinematographers gave the award to Łukasz Żal for his work on Cold War, Alfonso Cuarón became the first director nominated for shooting his own film and conveys so much emotion in his long-takes with exquisite detail.

Will Win: Black Panther
Could Win: The Favourite
Should Win: Mary Queen of Scots

Period films are a heavy “favourite” in this category for their illustrious, grand costumes, but I can’t help but feel The Favourite and Mary Queen of Scots will split votes. Ruth E. Carter referenced multiple African ethnic groups in creating the costumes for the various tribes and people by helping envision the global movement of Wakanda.

I keep going back and forth if the Academy will recognize the revolutionary “Notorious R.B.G.” or rock climber Alex Honnold’s journey to become the first person to free solo climb El Capitan at Yosemite National Park. I’ll stick with with the politics-free, safer choice.

I will be truly shocked if “A Night at the Garden” wins because it is simply archival footage from 1939. Any of the other four nominees can win, but I’m sticking with the female-empowering “Period. End of Sentence.”

Any of these five Best Picture nominees could win here, and I wouldn’t be shocked – that’s how close this category appears. I think voters will recognize the unique non-linear structuring behind Vice in continually shifting tones and remaining ambiguous.

If a Best Picture nominee is also nominated in this category, it has gone on to win every time since 2009, when the lineup was expanded. I’ll stick with that stat, especially knowing it’s rewarding the unrecognizable physical transformation Christian Bale underwent to play Dick Cheney.

Will Win: BlacKkKlansman
Could Win: Black Panther
Should Win: If Beale Street Could Talk

This tight race seems to be between the first three alphabetically-listed nominees: Black Panther recently won for Best Soundtrack For Visual Media at the Grammys, BlacKkKlansman’s score mixes jazz with R&B by recreating classic action music from the time period, and If Beale Street Could Talk picked up the most regional awards for its gorgeous, entrancing love-themed score.

Will/Could/Should Win: “Shallow” from A Star Is Born

The surest victory of the night. You can’t think of A Star Is Born without this anthem, which will earn Lady Gaga her first Oscar.

Will Win: The Favourite
Could Win: Black Panther
Should Win: Mary Poppins Returns

You can’t help but marvel at the immaculate set designs (and use of natural light) of Queen Anne’s castle in The Favourite, but Hannah Beachler’s creation of Wakanda could help her become the first African-American, male or female, winner in this category.

Will Win: “Bao”
Could Win: “Weekends”
Should Win: “Animal Behaviour”

The most widely visible short will likely win here. “Weekends” and “Late Afternoon” stand out for covering real-life dilemmas, but the cultural symbolism in Pixar’s “Bao” is too irresistibly infectious.

“Marguerite” is easily the happiest watch amongst the nominees, which should help in its win over four thrillers.

Will Win: Bohemian Rhapsody
Could Win: Black Panther
Should Win: A Quiet Place

Not to confuse the two, sound editors obtain sound effects to appropriately fill with the dialogue/action, and sound mixers blend all sounds together in postproduction by seamlessly layering them.

It’s typically best to predict one film to win both awards, and Bohemian Rhapsody seems likeliest to sweep the sound categories.

Will Win: Bohemian Rhapsody
Could/Should Win: A Star Is Born

A Best Picture nominee has won this category for the last 10 years, so I’m going to eliminate First Man.

Musical films also tend to do well here, as Chicago, Dreamgirls, and Les Misérables all claiming the prize in their respective years, so I see this as a race between Bohemian Rhapsody and A Star Is Born, giving the slightest of edges to the former for its epic Live Aid recreation.

Ready Player One should be winning this in a cakewalk for its car race sequence through a virtual Manhattan at the beginning of the film, but Disney will take the podium for assembling its team of superheroes for the first part of Marvel Cinematic Universe’s Phase Three finale.