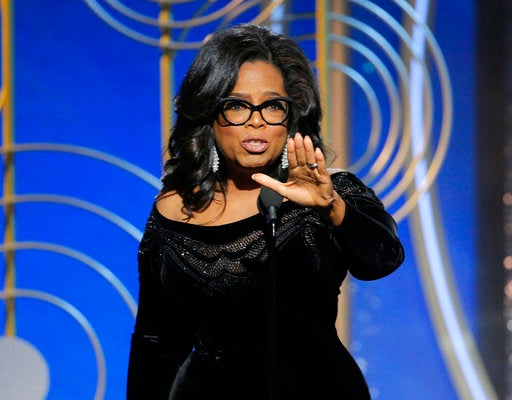 On an appearance on “Hoda & Jenna & Friends” on Friday, Winfrey said King “is not doing well” and has to travel with security because of threats. ”She feels very much attacked.”

CBS released an excerpt to promote King’s interview with Leslie. The clip, distributed online and on CBS News’ social media accounts, focused on a portion of the interview where Leslie addressed a Colorado sexual assault case that had been brought against Bryant and dismissed. In the clip, King asks Leslie whether the 2003 case made Bryant’s legacy complicated for her. Leslie said that it did not.

Critics lashed out at King on social media for bringing up the old allegations. Actor, rap artist and television executive 50 Cent told The Associated Press he thought it was unfair because Bryant wasn’t around to defend himself. Snoop Dogg posted a profane Twitter video that concluded with him urging King to back off “before we come get you.” The Twitter account belonging to imprisoned comedian Bill Cosby also was critical.

King said in a video response via Twitter on Thursday that the clip was shared out of context and expressed anger at her network. “I am mortified, I am embarrassed and I’m very angry,” King said. CBS later released a statement saying the clip “did not reflect the nature and tone” of the complete interview.

Winfrey criticized what she called “misogynist vitriol” against King.

“I can see how people would obviously be very upset if you thought that Gayle was just trying to press to get an answer from Lisa Leslie,” Winfrey continued. “Obviously all things pass, she will be OK, but she hasn’t slept in two days.”

After the alleged victim decided not to pursue the case, she and Bryant reached a settlement in 2005. Bryant, who was 24 at the time of the Colorado incident, said he had not committed sexual assault.

Bryant, his 13-year-old daughter Gianna, and seven other people were killed in a January helicopter crash in Southern California. A memorial will be held at the Staples Center in Los Angeles later this month.