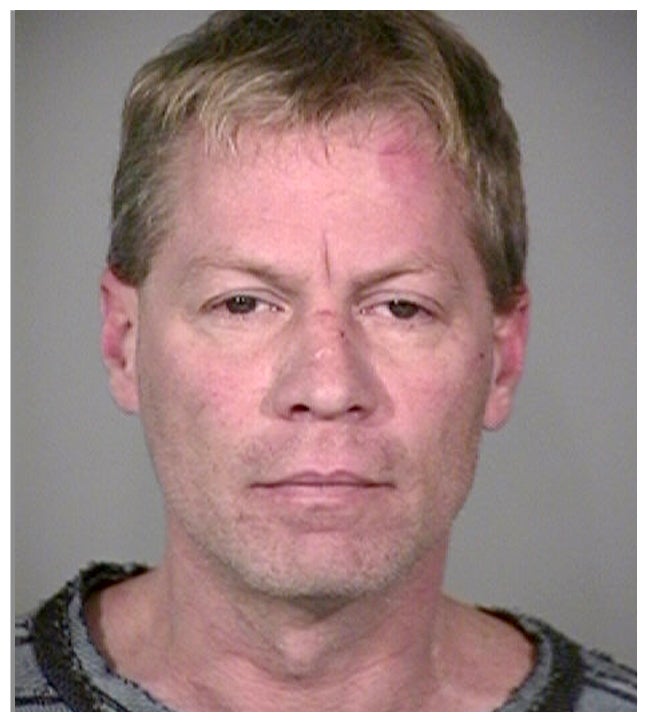 Defense attorneys told the panel of potential jurors summoned on Thursday that Mark Leonard faces charges for trying to hire a hit man while in jail, to kill a key witness in the case.

Judge John Marnocha said they would ‘stop, reload and start over’ on Friday. He dismissed the entire panel of potential jurors Thursday after many said they didn’t feel they could stay fair or impartial after they had knowledge of the other charges.

Before the jurors were brought out, Judge Marnocha told attorneys he would allow into evidence the fact that Mark Leonard is facing conspiracy charges for trying to hire a hit man while in jail.

Mark Leonard faces 53 counts including murder and arson, after prosecutors said he and others blew up his girlfriend’s neighborhood home in a scheme to collect insurance money. Two people died that night in Nov. 2012, and more than 80 homes were destroyed or damaged.

Mark Leonard’s trial was moved to South Bend because of the pre-trial publicity in Indianapolis and Marion County.

Defendant Mark Leonard sat between two of his attorneys, wearing a shirt and tie. It was a noted difference from the orange jail jumpsuit he has worn since his arrest.

Prosecutors, defense attorneys and the two lead investigators from Marion County were also in the courtroom.

The jury selection was typical, with the usual questions from the judge and prosecution about what the potential jurors knew or didn’t know about the case.

When defense attorney Diane Black stood up, she told jurors about the hit man charges almost immediately, calling it ‘the elephant in the room.’

She told jurors when she’d heard about those charges she thought, ‘How am I going to help you [Leonard] now?’ She knew as a deputy prosecutor it was her duty to represent him, so she asked potential jurors how it would affect their ability to remain impartial and fair.

This started a dialogue between Black and potential jurors, many of whom said they’d seen coverage of the explosion on television. Many said with the knowledge of the hit man charges, they didn’t feel they could remain fair.

Others discussed openly the news coverage they’d seen including the devastation in the neighborhood. One potential juror said he’d had a ‘visceral’  reaction to the devastation he’d seen, and said ‘How could somebody be that stupid?’

Another potential juror said he understood why they’d put the information out there, adding ‘clearly it’s a test to see how we’d react.’

Those 14 potential jurors were excused from the courtroom.SECOND SET OF 14 POTENTIAL JURORS EXCUSED

After lunch, a second set of 14 potential jurors sat down, but the conversation remained on the topic of the hit man charge.

Prosecuting attorney Mark Hollingsworth told potential jurors, that what Black had said wasn’t evidence, and asked them if they could remain impartial.

Several potential jurors asked defense attorneys, ‘Why did she say that?’  and many said they had a preconceived bias from the news coverage.

Those 14 potential jurors were dismissed as well.ALL JURORS DISMISSED

After conferring with attorneys, Judge Marnocha told them he would be dismissing the entire panel of jurors summoned for Thursday.

He said they would start over with a clean slate Friday, adding he’d be ‘taking control.’

He said he wouldn’t be allowing attorneys to ask or tell the jury anything like the defense did Thursday.

“The goal is not to pre-try the case, but to select a fair jury,” Marnocha said.

The defense argued against that, saying allowing the evidence about the hit man charges is prejudicial. That’s what they were hoping to show.

Defense attorney Diane Black told the judge, ‘It goes back to the whole dilemma, who said, ‘Why bring it up?’ If we knew it was likely to come, and it comes out with three quarters of the trial done, we’ve betrayed them [the jury].’

Judge Marnocha responded, ‘That’s what trials are all about.’ He said trials are about both sides presenting evidence.FINDING A FAIR JURY

“Obviously we had a little difficulty in selecting a jury today,” said Robinson. “The judge has indicated we will proceed tomorrow, and I have great expectation we will get a jury.”

Robinson said she couldn’t speculate on why the defense brought up the hit man charges, but said “clearly it had a chilling effect on the selection of the jury and we’ll move forward tomorrow.”

Defense attorneys wouldn’t comment on what went on inside the courtroom, but they said they believed they could find a fair jury as well.

There are 210 citizens that are still summoned to be potential jurors in the case and 70 will arrive Friday morning.

Robinson said they may not be able to start opening statements Monday as they had expected.