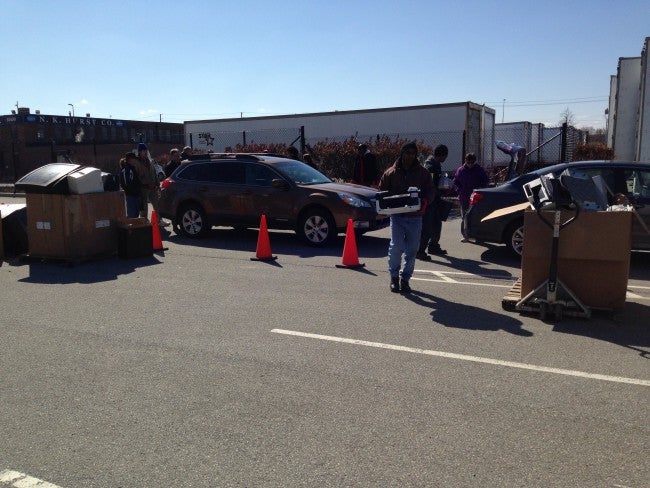 INDIANAPOLIS (WISH) – Officials organizing the 2015 NCAA Men’s Final Four were hoping to make the event as environmentally-friendly as possible.

An electronic recycling event held Saturday at the Lucas Oil Stadium’s south lot was one of ten sustainability initiatives organized by the NCAA and Indiana Host Committee.

All basketball fans and Indianapolis residents were encouraged to bring any unwanted electronic items to the free NCAA recycling event.

Hazardous, bio-hazardous and radioactive materials were not accepted at the event.