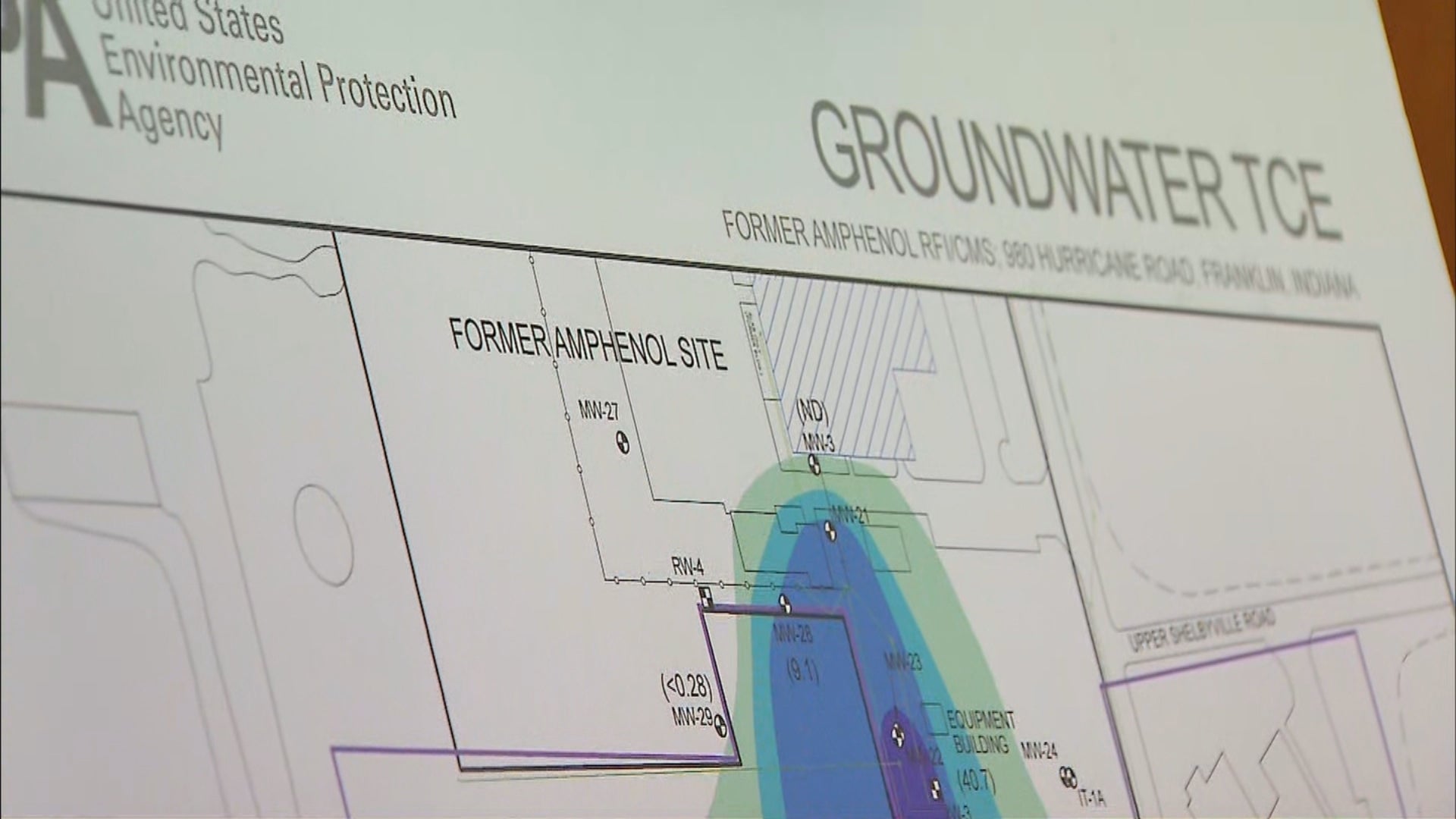 FRANKLIN, Ind. (WISH) – The Environmental Protection Agency was in Franklin Wednesday for a listening session.

The agency is investigating how it handled notifying people about potential health risks in the community. It is part of a national audit as the EPA looks at different cleanups around the country.

Cancer-causing toxins were found around the city, and experts believe they are coming from a closed industrial site.

About 75 people attended the meeting Wednesday, with about a dozen speaking. Many said they feel like everyone, including the EPA let them down.

“This is inexcusable,” one speaker said.

“The EPA told me nothing,” another added.

At the meeting, a doctor showed a map, pinpointing where some of her patients live. She said they all had the same type of cancer, and they all lived near a contaminated industrial site the EPA had thought was contained until last year, when cancer-causing toxins were found outside the plant.

Testing was conducted after years of clamoring from parents alarmed by the number of unusual cancer cases in the area.

Even testing released this week by environmental consultants, funded by a nonprofit in New Jersey, showed high levels of cancer-causing toxins in and around people’s homes.

Wednesday, EPA inspector generals listened to dozens of people concerned about how the agency was communicating health risks to them.

After the meeting, a woman who helped run the meeting for the EPA Inspector General’s office told News 8 there are parts of their communication that certainly need to be improved.

A final report will come out this winter, however, News 8 was told some changes could happen sooner than that.