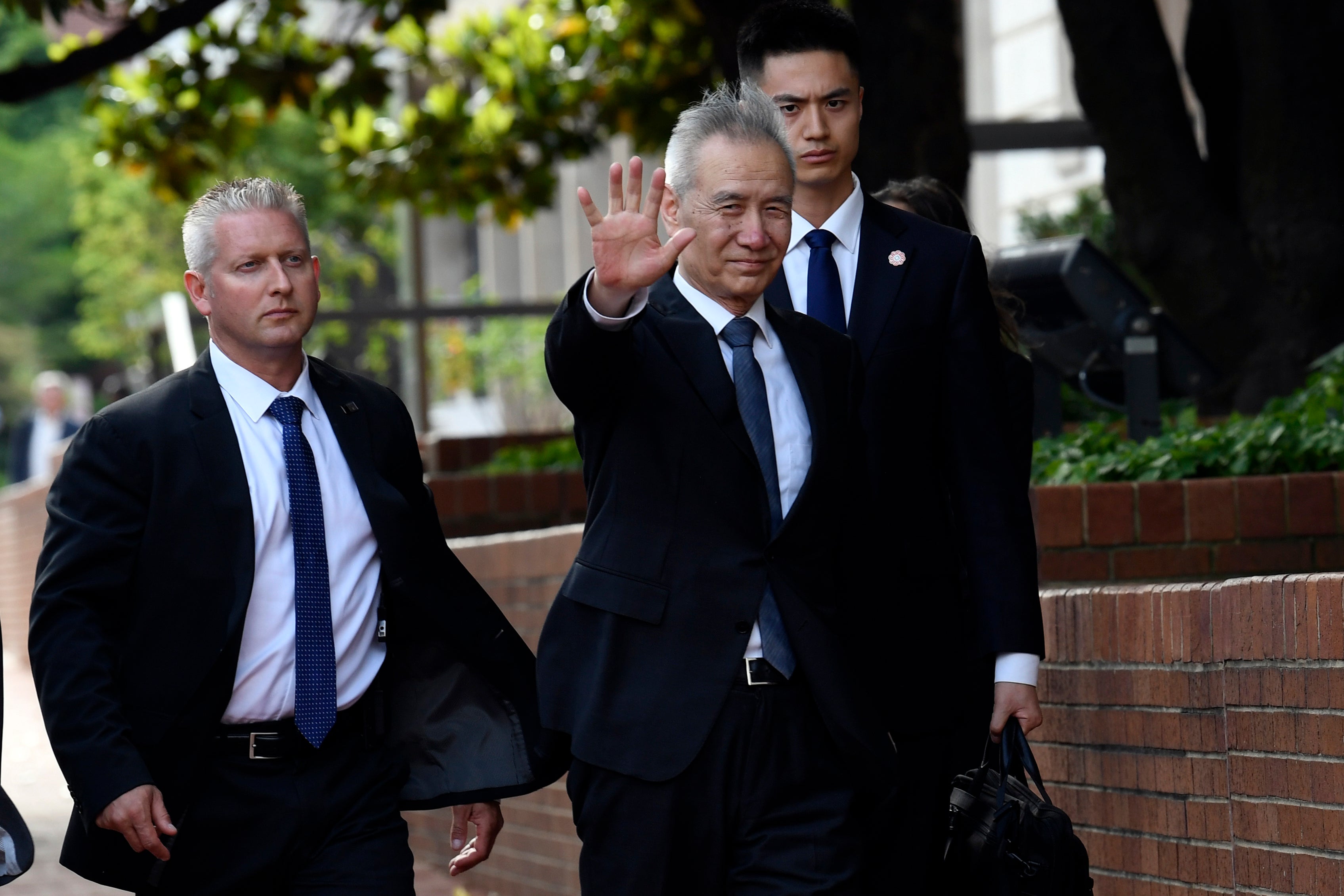 WASHINGTON (AP) — U.S. and Chinese negotiators met Thursday just hours before the United States was set to raise tariffs on Chinese imports in a dramatic escalation of tensions between the world’s two biggest economies.

China has threatened to retaliate if President Donald Trump goes ahead with the tariff hikes, adding to the heated rhetoric from both sides that was shaking stock markets around the world.

The negotiators met Thursday evening. Then, after briefing Trump on the negotiations, top U.S. trade negotiator Robert Lighthizer and Treasury Secretary Steven Mnuchin had a working dinner with the leader of the Chinese delegation, Vice Premier Liu He. Talks are scheduled to resume Friday morning, the White House said.

The U.S. was still scheduled to raise the tariffs at 12:01 a.m. Eastern time Friday.

The talks in Washington were thrown into disarray this week after Lighthizer and Mnuchin accused the Chinese of reneging on commitments they’d made earlier. In response to the alleged backsliding, the United States is raising tariffs on $200 billion in Chinese imports from 10% to 25%.

At the White House, Trump said he’d received “a beautiful letter” from Chinese President Xi Jinping and he’d “probably speak to him by phone.”

The two countries are sparring over U.S. allegations that China steals technology and pressures American companies into handing over trade secrets, part of an aggressive campaign to turn Chinese companies into world leaders in robotics, electric cars and other advanced industries.

The setback was unexpected. Through late last week, Trump administration officials were suggesting that negotiators were making steady progress.

U.S. officials say they got an inkling of China’s second thoughts about prior commitments in talks last week in Beijing, but that the backsliding became even more apparent in exchanges over the weekend. They wouldn’t identify the specific issues involved.

On Sunday, Trump took to Twitter to express frustration with the pace of the talks. “The Trade Deal with China continues, but too slowly, as they attempt to renegotiate. No!” Trump tweeted, threatening to raise the tariffs. He also said he’d go further and slap 25% tariffs on another $325 billion in Chinese imports, covering everything China sells the United States.

The administration bought a little extra time for talks to work: According to the filing Wednesday in the Federal Register, the tariff hike won’t hit goods that have already left Chinese ports before Friday’s deadline.

So the tariffs won’t start taking affect until those shipments complete the three- to four-week voyage across the Pacific Ocean.

“This creates an unofficial window, potentially lasting a couple of weeks, in which negotiations can continue and generates a ‘soft’ deadline to reach a deal,” Goldman Sachs said in a report Thursday.

U.S. officials are insisting that any deal be strictly enforced so that China lives up to its promises — something they say Beijing has repeatedly failed to do in the past. Also unclear is what would happen to the U.S. tariffs on Chinese imports. China wants them lifted; the U.S. wants to keep tariffs as leverage to pressure the Chinese to comply with any agreement.

“China has been cheating for far too long,” Rep. Kevin Brady of Texas, top Republican on the House Ways and Means Committee, told reporters. “Now is that moment in time to get the right trade agreement with China.”

As the resumption of talks approached, Canadian Prime Minister Justin Trudeau spoke by phone with Trump and urged the U.S. president to press China to release two Canadians who have been in Chinese custody for five months. The men were detained in apparent retaliation after Canada arrested a Chinese executive at the request of the United States; the woman faces fraud charges in America.

The volley of threats reignited jitters about global economic growth, prompting another round of losses on world stock markets.

If tariff hikes go ahead, “risks of a financial market collapse, extreme risk aversion, and sharp slowdown in global growth will spike,” said Philip Wee of DBS Group in a report.

Joe McDonald in Beijing and Rob Gillies in Toronto contributed to this story.