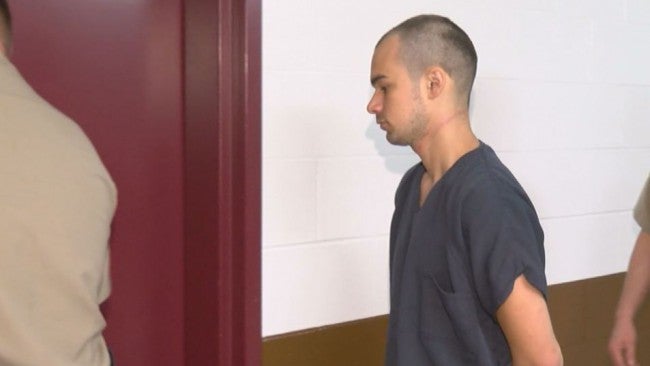 According to a probable cause affidavit filed Thursday, Bramlett admitted attacking Deputy Jennifer Thompson on May 15 as she was driving him back to the Tippecanoe County Jail from a medical appointment at St. Elizabeth East Hospital.

Prosecutors said following his arrest late Saturday night, Bramlett admitted to police that he decided to escape during the car ride back to the jail.

Bramlett also faces five felony charges in Warren County, where he allegedly ditched the Tippecanoe County sheriff’s car and stole another car from a resident at gunpoint.

Tippecanoe County prosecutors said Bramlett’s prior convictions include a burglary conviction in St. Joseph County in 2010 and a conviction for unlawful possession of a syringe in Clark County in 2014.

Bramlett is currently at St. Elizabeth East Hospital, where he’s being treated for self-inflicted head wounds suffered during a fall at the Tippecanoe County Jail on Monday of this week.