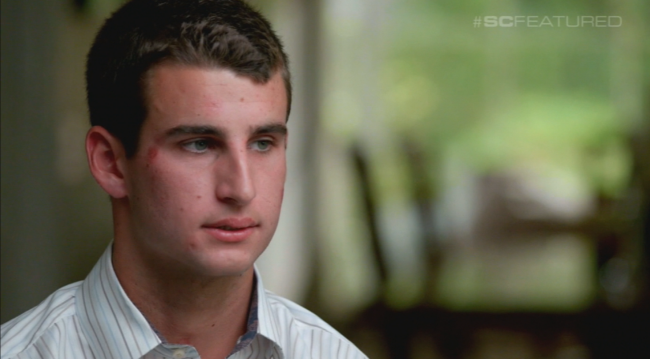 INDIANAPOLIS (WISH) – Indiana-native Austin Hatch, who survived a plane crash and went on to play basketball at University of Michigan, is the center of a new ESPN SportsCenter Feature.

“Miraculous: The Story of Austin Hatch” debuts Monday night on ESPNU. It first airs at 6 p.m. It will re-air through April on ESPNU, ESPN2 and ESPNEWS.

Hatch grew up closer to Fort Wayne. He’s now a freshman at the University of Michigan. He worked his way back to the basketball court after a 2011 plane crash – the second plane crash he survived. His parents, stepmother, brother and sister died in the plane crashes. His father was the pilot on both planes.

ESPN interviewed Hatch about his family. Watch the trailer below.