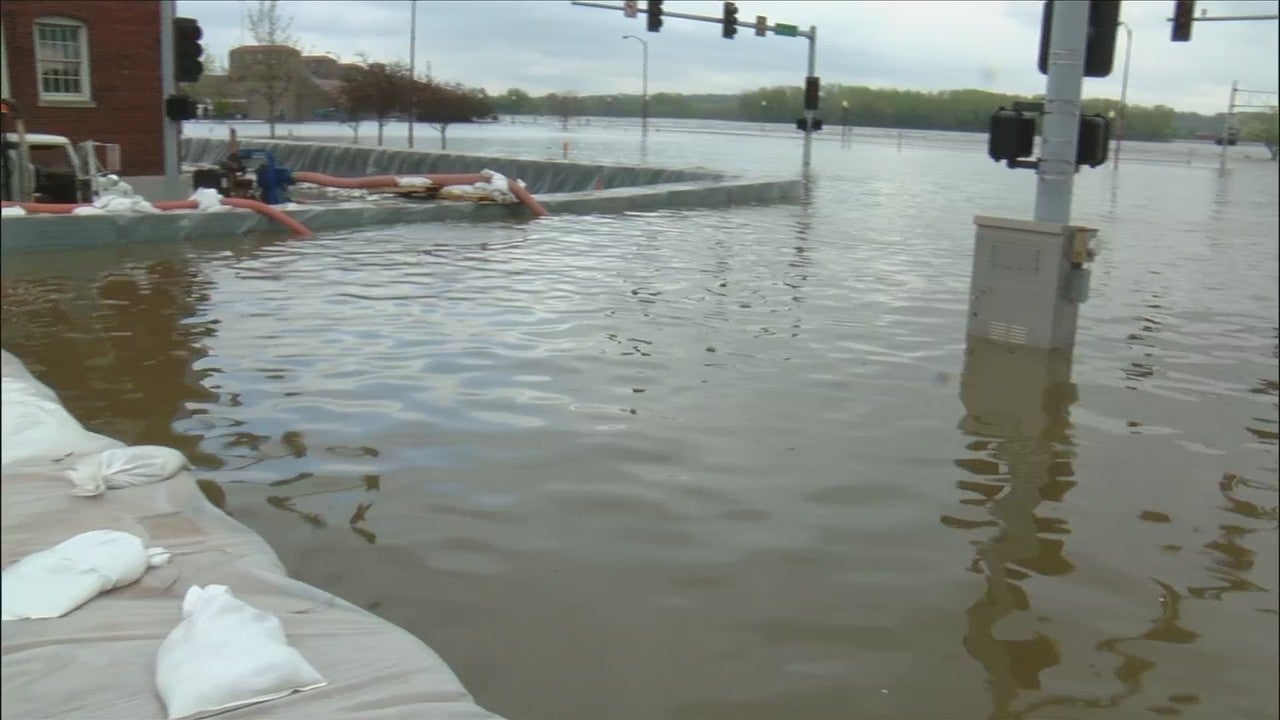 The National Weather Service sent an alert around 4 p.m. of a flash flood emergency in Davenport, urging people downtown to immediately seek higher ground. Public works officials reported that a temporary flood barrier had failed and that many people sought shelter on the rooftops of downtown buildings.

“It was just the one barrier, so we’re not expecting the flooding to spread beyond what we’re seeing now,” Davenport Public Works Director Nicole Gleason said. “That could change with heavy rain.”

Gleason said crews and volunteers scrambled Tuesday afternoon to fill sandbags for other downtown businesses looking to keep the floodwaters out of their buildings.

The breach hit as communities in Iowa, Illinois and Missouri prepare for record or near-record crests along the river. A winter of record-setting snowfall followed by several rounds of heavy rain are sending the Mississippi River close to new record levels.

About 4:30 p.m. CT, officials in Davenport started evacuations of some buildings and cars after a flood barrier break along the Mississippi River sent floodwaters rushing into the downtown.

The floodwaters have overtaken dozens of vehicles and the first floors of several buildings, and rescues crews could be seen launching boats into the floodwaters to retrieve people stranded by the sudden surge.

There were no immediate reports of any injuries.

In Davenport, the Mississippi River is well into major flood stage, at a level of 21.5 feet, with more rain on the way for Tuesday and Wednesday. The river will not crest until late Wednesday at 22.2 feet, just shy of the record crest of 22.6 feet back in the Great Flood of 1993.

The level on Tuesday afternoon makes for the fifth-highest river level of all time in the Quad Cities.

A flash flood watch remains in effect for much of that area, along with most Illinois and Missouri, until Wednesday afternoon.

Additional rainfall amounts from 1-3 inches will be possible through the end of the week.