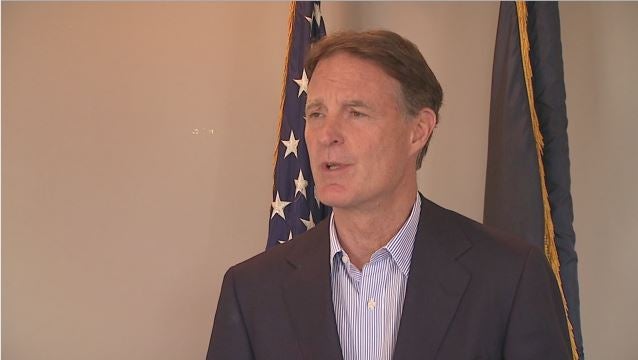 INDIANAPOLIS (WISH) — Does Evan Bayh live in Washington or Indianapolis?

The Democratic candidate for U.S. Senate recently tried to put that question to rest with an answer that only fueled the controversy.

He gave the wrong address.

Evan Bayh owns an Indianapolis condo and says it’s his primary residence. That condo is at 1142 Canterbury Square on the north side of Indianapolis in a small condominium complex.

Republicans contend that he doesn’t live there and seldom visits. They say his primary residence is a multi-million dollar home in Washington.

And when Bayh was in Lafayette over the weekend a TV reporter asked him a question about residency. He volunteered his Indianapolis address but he didn’t say Canterbury Square, he said Canterbury Court, which is an actual address nearby, just not his.

“Well, we think it’s pretty funny and I think a lot of Hoosiers do as well,” said Jay Kenworthy, spokesman for the campaign of Republican Todd Young. “But behind the laughter and the jokes, it’s a gotcha moment, but it’s an opportunity for voters in Indiana to see where the truth is with Evan Bayh.”

The Young campaign is distributing the story widely, suggesting that it’s proof that Bayh lives in Washington and not here.

A spokesman for the Bayh campaign said the Young campaign is ignoring issues that matter.

“This is a textbook example,” said Ben Ray, “of something a struggling campaign does, and it won’t work.”

Whether it does or not, you can bet that Evan Bayh won’t make that mistake again.