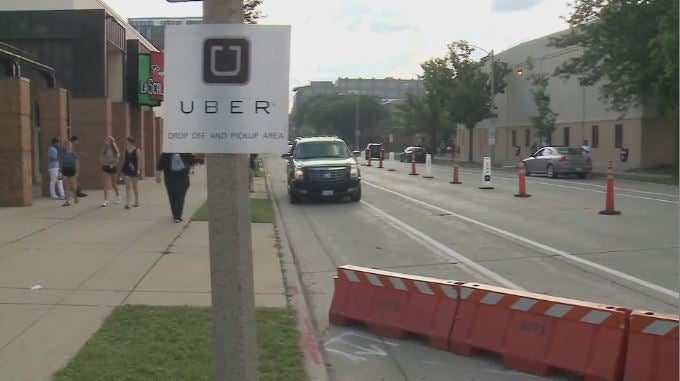 EVANSVILLE, Ind. (WISH) – Marshall Banks is charged with rape after police say he raped a female Uber passenger. It happened in Evansville, when police say the girl was trying to get a ride home after a night out with her friends.

Horror stories like this are scary for those who use ride-hailing apps, and it is also frustrating for the drivers who say they are just trying to earn some extra cash.

There have been multiple incidents this year where a passenger has been the victim of a violent crime that started as a simple ride home.

“I didn’t think about safety as much prior to a month or so ago. But now, with all the things happening and the different bad things that have happened, I think about it a lot now,” said ride-hailing app user Julie Ellison.

Such incidents are causing people who use ride-hailing apps like Uber and Lyft to take extra steps to make sure they are getting in the right car.

“It is on the rider too, just as much as it is on the driver, to know whose car you are getting in,” Uber driver Logan Fink said.

Ellison has three teenage girls. She says they know what to do before getting into a car, “making sure they know the name, license plate, looking at the Uber driver’s ID, making sure that they correlate with their app and making sure it is the right person before they get in.”

Fink has been driving for Uber on and off for about a year. He says it’s sad when these tragedies happen, but feels it gives all drivers a bad rap.

“I just try to let the rider know that, ‘hey you are in good hands.’ I truly care for you and I want to get you to wherever you need to be safe,” Fink said. “Because there is a reason you are getting into my car and there is a reason that I am driving.”

Fink added that it isn’t just the riders who are taking a safety risk by getting into a stranger’s car.

“My mother does not like me Ubering or Lyfting because you hear the horror stories,” Fink said. “But it’s just my faith in humanity, it is there at least. I trust that somebody is going to get in my car and not hurt me or do some physical harm.”

Uber suggests double checking who your driver is, and making sure they know your name is crucial before getting into a car. Trying to ride in pairs or a group can also help.

“It is scary. There (are) a lot of bad things that can happen. But hopefully, with education, we will be okay,” Ellison said.

If you suspect that the driver is not who is supposed to be picking you up, or the license plate doesn’t match what shows up on your app, you should not get in the car and report the driver immediately.