Evansville woman accused of attacking another woman with knife 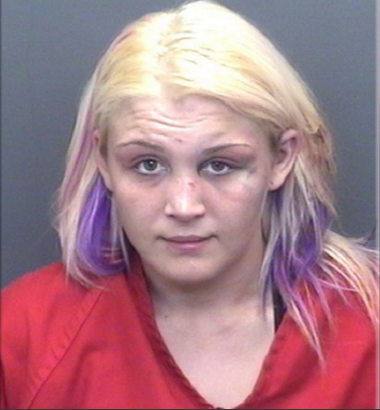 EVANSVILLE, Ind. (WEHT) — An Evansville woman faces a charge of aggravated battery with a knife after she allegedly attacked another woman.

Angela Borders, 21, was arrested and charged with aggravated battery with a knife on Sunday.

The investigation began when authorities say they responded to reports of a stabbing victim being admitted to the hospital Sunday morning.

When they arrived, they say they found the alleged victim with multiple lacerations on her face, upper arms and to her pelvic area.

The victim and a witness with her told police that the injuries were caused by Borders.

Borders is accused of attacking the victim during an argument on the front lawn of Borders’ home.

Both the alleged victim and Borders were transported to the hospital following the incident.

Authorities say Borders was sent to the emergency room for injuries she claims she received during the altercation.

Borders was transported to the Vanderburgh County Jail following her release from the hospital.

Another witness with Borders told authorities the argument started when a vehicle followed Borders to her residence. This witness told authorities a female attacked Borders for five to ten minutes without anyone intervening after Borders got out of her vehicle. Authorities say Borders refused to make any statements regarding the incident.

Investigators say they found a knife in Borders’ residence in the 2400 block of North Harlan Avenue after being granted a search warrant.