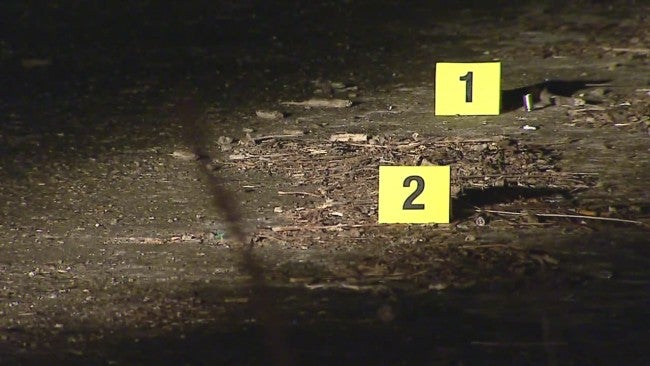 INDIANAPOLIS (WISH) — Ex-offenders are answering the call to help prevent the next generation from going down the wrong path.

It’s an idea IMPD Chief Rick Hite feels can be a difference-maker on the streets.

We reached out to a few mentoring organizations in town, but taking on ex-gang members or ex-cons is against their policies.

Luckily for Chief Hite, there’s one group that’s ramping up its efforts to take on former criminals.

If you want to bring a smile to Derek Allen’s face, just ask him about his kids.

“They’re both honor roll students, they’re football players,” he said as he looked down at shirt with a picture of two of them on it. “I’m just so proud of them. They’re just the best ever.”

And they’re his world. But years ago, that wasn’t the case.

“I was dealing drugs and I had someone come in my home to try to rob me for my drugs,” he said. “And I shot him and it changed my world.”

Arrested and incarcerated, Allen vowed to change his life for betterment of his family.

So instead of being the criminal at the crime scene, he wants to be the person there in a yellow vest; a member of the Ten Point Coalition.

“There are a lot of Derek’s out there in the community that have the same mindset and attitude where they want to help,” said Rev. Charles Harrison, Ten Point’s leader.

But Ten Point is one of the few groups willing to accept them.

“I think a lot of people are afraid to take that risk with them. But we have to take a risk with them if we are going to turn this thing around,” he said.

Of the 30 volunteers in Ten Point, Rev. Harrison said half are either ex-cons or ex-gang members. And he’s hoping to add about 15 more of them, specifically from Indy’s six focus areas like 29th Street and Martin Luther King Jr. Street, and 34th Street and Illinois Street.

“I don’t think there’s anybody better-equipped to go into these dangerous neighborhoods and to talk the young people who are involved in this criminal activity and violence better than ex-offenders,” he said.

And that’s Allen’s mission. Now he just hopes others with a similar story join him.

“To all the people that are sitting at home that understand what’s right and what’s wrong and just are having a hard time taking the step to get to where you want to help your community, come on out. just try it,” said Allen.

Ten Point is still accepting applications to fill those 15-20 openings in the group. Being an ex-offender isn’t required, but it’s preferred.

If you know someone willing to join, click here.