Ex-officer gets prison time for sending nude pics on Snapchat 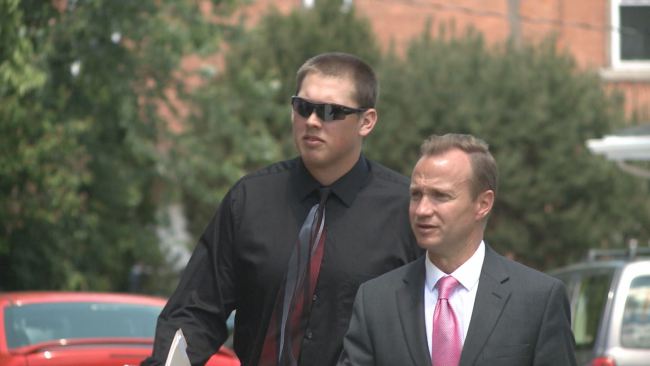 DECATUR, Ind. (WANE) — An Adams County judge has accepted a plea deal in the case of a Decatur Police Department Officer who was terminated after it was determined he had sent photos of his genitals to two teenaged girls.

An Adams County Superior Court judge accepted a plea deal on behalf of Spencer R. Wilson. Back in April, he was originally charged with two Counts of Dissemination of Matter Harmful to Minors. As part of the plea agreement, one of the counts was dropped.

According to an affidavit for probable cause obtained in April, at the beginning of the investigation, one of the young girls told police that Wilson had repeatedly asked for her to send him nude pictures. She also said Wilson had used his phone to send a photo of his genitals to her phone using a phone app called Snapchat.

Willson later admitted to a detective during an interview that he had sent a photo of his private parts to two girls. One was 16-years-old and the other was 17-years-old at the time.

Wilson was sentenced to serve 80 days in prison and another year and a half on probation. He was granted work release privileges.

In addition to his sentencing, Wilson was ordered to complete counseling and can have no contact with either of the victims.

Wilson started working for the police department in 2014.