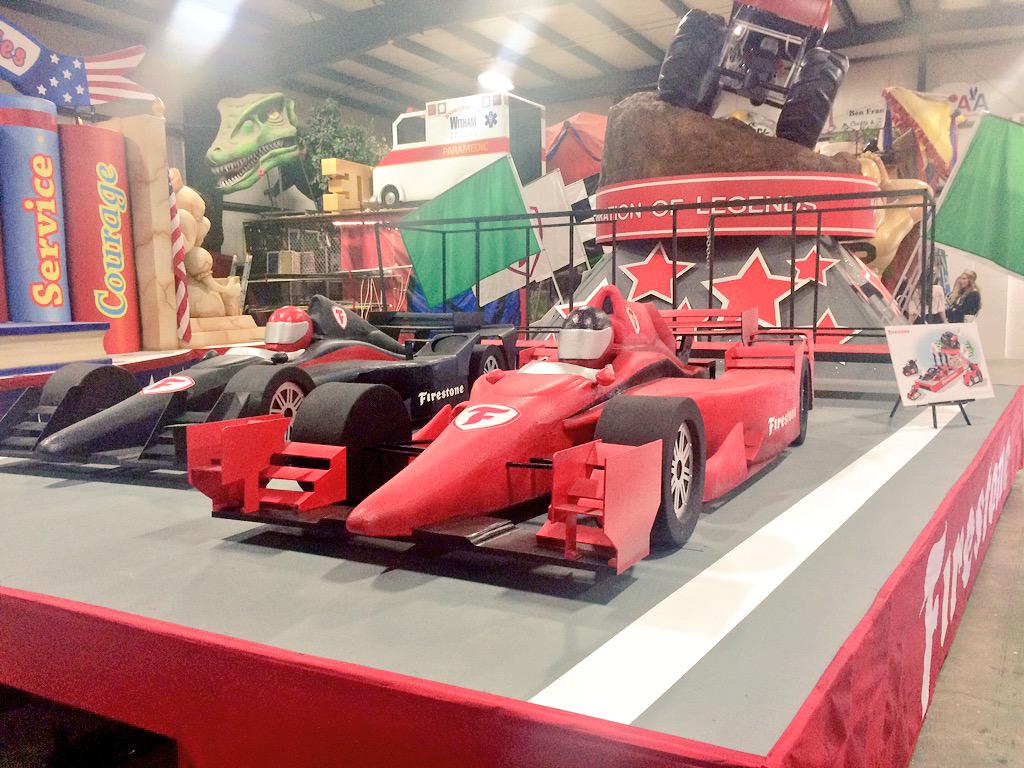 INDIANAPOLIS (WISH) – It’s a race against the clock for teams building a new Children’s Museum float for the 500 Festival parade.

A fire last week at ExpoDesign destroyed the first float and teams had to start from scratch.

When the Children’s Museum float was destroyed in a fire, Matt Lafary, the art director with ExpoDesign, knew he faced a challenge.

“That float is an entire loss. So, we have to dust off and we come in the next day and we look at it and say ‘What can we do, what can be done?'” said Lafary.

With only a week until the parade, Lisa Townsend at the Children’s Museum felt nervous.

“We were worried, we wondered can we possibly get something done in time,” said Townsend.

Lafary took the original theme of “Hot Wheels” which was based on a current museum exhibit and looked around the ExpoDesign warehouse for some inspiration.

Part of the action plan to build a float in three days was to use the foundation of an old float to save time.

“It’s an existing float that already has 400 hours worth of work done,” Lafary said.

They found an old float from a previous parade and dreamed up a way to convert it for the “Hot Wheels” race theme.

“And frankly I think this one is even better than our original concept,” Townsend said.

Lafary recycled parts of other floats for accessories.

“What used to be piano keys will now be “Hot Wheels” track,” Lafary said. “Rather than create a new Indy car, we just grab the other Indy car, we do a fresh paint job, fresh graphics.”

Now that the design is finalized and the parts are ready, it’s a race against the clock to finalize it by parade time.

“We’ll have crews working all day (and) all night. We may have people sleeping here,” he said.

This is the first year for the Children’s Museum to be in the parade.

Townsend said this is quite a rocky start, but she is happy with this new design.

They like the float so much, they plan to use it to make a more polished version for next year.