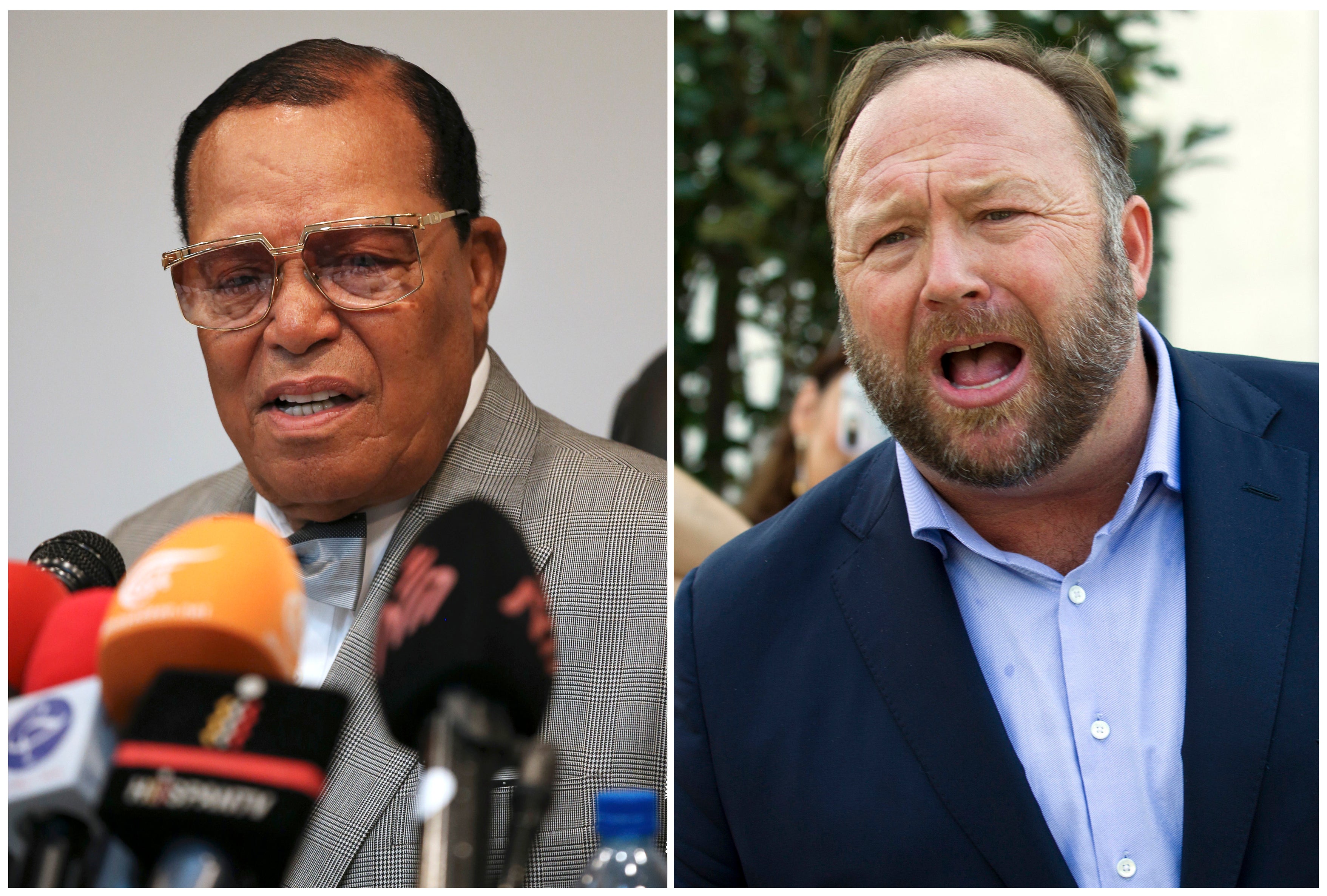 SAN FRANCISCO (AP) — After years of pressure to crack down on extremist content, Facebook has banned Louis Farrakhan, Alex Jones and other extremists, saying they violated its ban against hate and violence.

The company also banned right-wing leaders Paul Nehlen, Milo Yiannopoulos, Paul Joseph Watson and Laura Loomer, along with Jones’ site, Infowars. The latest bans apply to both Facebook’s main service and to Instagram and extend to fan pages and other related accounts.

Decried as censorship by several of those who got the ax, the move signals a renewed effort by the social media giant to remove objectionable material — and individuals — promoting hate, racism and anti-Semitism.

Removing some of the best-known figures of the U.S. political extreme takes away an important virtual megaphone that Facebook has provided the likes of Jones, Yiannopoulos and others over the years.

Critics praised the move, but said there is more to be done on both Facebook and Instagram.

“We know that there are still white supremacists and other extremist figures who are actively using both platforms to spread their hatred and bigotry,” said Keegan Hankes, senior research analyst for the Southern Poverty Law Center, which tracks hate groups in the U.S.

Facebook has previously suspended Jones from its flagship service temporarily; this suspension is permanent and includes Instagram.

Facebook says the newly banned accounts violated its policy against dangerous individuals and organizations. The company says it has “always banned” people or groups that proclaim a violent or hateful mission or are engaged in acts of hate or violence, regardless of political ideology.

For years, social media companies have been under pressure from civil rights groups and other activists to clamp down on hate speech on their services. Following the deadly white nationalist protests in Charlottesville, South Carolina, in 2017, Google, Facebook and PayPal began banishing extremist groups and individuals who identified as or supported white supremacists.

A year later, widespread bans of Jones and Infowars reflected a more aggressive enforcement of policies against hate speech. But Facebook instituted only a 30-day suspension (though Twitter banned him permanently).

It is not clear what events led to Thursday’s announcement. In a statement, Facebook merely said, “The process for evaluating potential violators is extensive and it is what led us to our decision to remove these accounts today.”

Facebook has been under heavy pressure to rid its service of hate and extremist content. Last month, it extended its ban on hate speech to prohibit the promotion and support of white nationalism and white separatism. It had previously allowed such material even though it has long banned white supremacists.

Asked to comment on the bans, Yiannopoulos emailed only “You’re next.”

Jones reacted angrily Thursday during a live stream of his show on his Infowars website.

“They didn’t just ban me. They just defamed us. Why did Zuckerberg even do this?” Jones said, referring to Facebook CEO Mark Zuckerberg.

Jones called himself a victim of “racketeering” by “cartels.”

“There’s a new world now, man, where they’re banning everybody and then they tell Congress nobody is getting banned,” he said.

Watson, meanwhile, tweeted that he was not given a reason and that he “broke none of their rules.”

“Hopefully, other prominent conservatives will speak out about me being banned, knowing that they are next if we don’t pressure the Trump administration to take action,” he wrote.

Farrakhan, Nehlen and Loomer did not immediately return messages for comment.