Falcons get new home as old one demolished 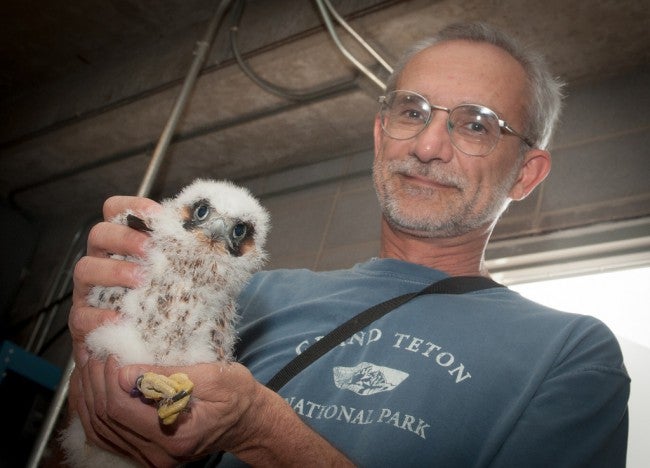 TERRE HAUTE, Ind. (WISH) — A pair of falcons are being relocated due to the demolition of the Statesman Towers on Indiana State University’s campus.

A new box was placed nearly two months ago in the downtown Sycamore Building between Ohio Street and Wabash Avenue, according to an Indiana State news release.

The peregrine falcons, one if which is a 6-year-old male from Indianapolis according to ISU officials, have yet to find their newly established home.

According to the release, the species lays eggs in early April, and will attempt to occupy their new box upon discovering it’s already inhabited by another falcon.

For that reason, experts will set up a decoy falcon in the box to get the birds’ attention.

After the birds find their new home, the level of interaction they have with humans will be minimal, according to the news release.

Peregrine falcons were removed from the endangered species list 16 years ago, but officials still monitor the 300 pairs living in the Midwest.