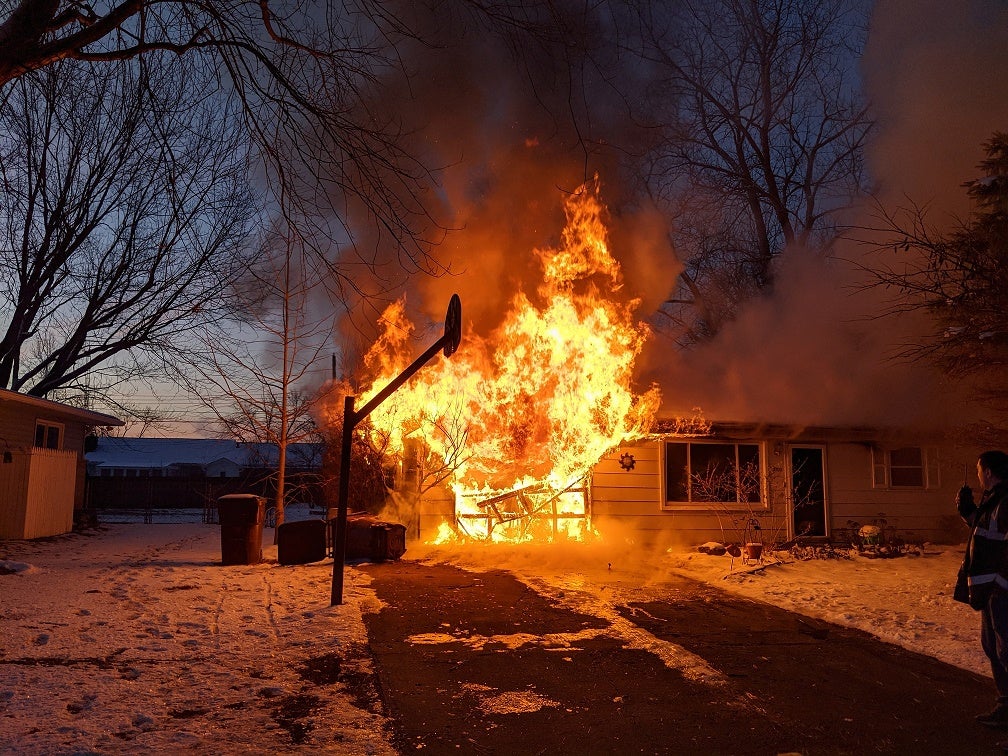 The fire broke out in a home in the 4700 block of West Compton Drive Friday morning around 7:30.

Authorities found the garage of the home fully engulfed upon arrival to the scene.

The homeowner and her three children were home at the time of the fire. They were able to escape without injury. Authorities say two dogs did perish in the fire.

According to Sgt. Jason Lancaster with the Bartholomew County Sheriff’s Office, an electric space heater was being used to warm the garage and that is where the fire started.