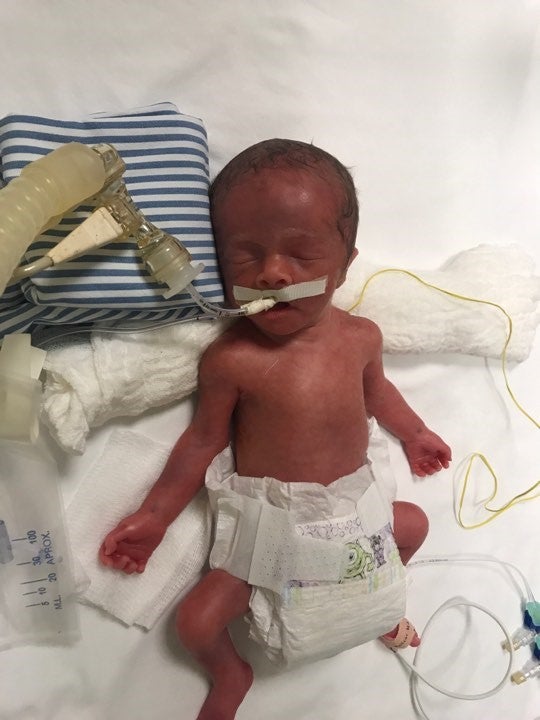 MARTINSVILLE, Ind. (WISH) – Family members who said they have been fighting for days for a baby’s release from a Mexican hospital might be celebrating an end to the ordeal by Thursday.

The child’s grandmother contacted WISH-TV in the early morning hours of Thursday saying a plan may have been in place to welcome the baby named Beckham and his parents by late in the afternoon.

A saga started for a Morgan County couple on Tuesday when an expecting mother went into labor while on vacation in Cancun. Doctors cleared Michaela Smith for the vacation but her son came early at just 28 weeks.

According to the couple’s family back in Indiana, the hospital where Beckham was born has held the child until a growing medical bill is paid. The family called it a “medical hostage” situation.

Family members have been working non-stop, trying to get the new family to the United States as they say Hospiten Cancun has demanded additional payments and has gone after the couple’s friends and family for money.

“Honestly, it has been unbelievable. There has been more and more money. A few thousand here, a few thousand there,” Ralph Sr. said. “They wanted credit card numbers, PIN numbers, expiration dates of credit cards from friends and family.”

Ralph Sr. said the family has done everything they can to get Hospiten Cancun to release Beckham and his mother, but keeping up with the constant requests has been a challenge. They have also contacted the office of U.S. Representative Trey Hollingsworth to try and find a solution while prioritizing Beckham’s care.

“Typically in the states, at 28 weeks they have a 96-98 percent rate of viability. In other words, most all are going to make it at 28 weeks. In Mexico it is not quite the same,” said Larry Ralph Sr., the baby’s grandfather.

In a statement, Rob Brugess, Director of Communications for Hollingsworth’s office said:

Indiana’s 9th Congressional District office has been working with the family throughout the day seeking a solution to get this newborn home, to the United States, for necessary medical care. Representative Hollingsworth continues to assist and looks forward to greeting this new Hoosier as soon as he is home and healthy.

“We’ve raised money, we’ve pulled our resources, we’ve put money out there, but all we want is our grandson to be released from Mexico with his mother and dad,” said Ralph Sr.

The headache did not end with the hospital in Mexico.

The family said the second challenge has been finding a hospital in the U.S. that would take baby Beckham. A hospital in Florida said it would not take him as the family’s insurance was not accepted.

Once in Indiana, Beckham will be taken to Riley Hospital for Children at IU Health.

Donations are being accepted here.