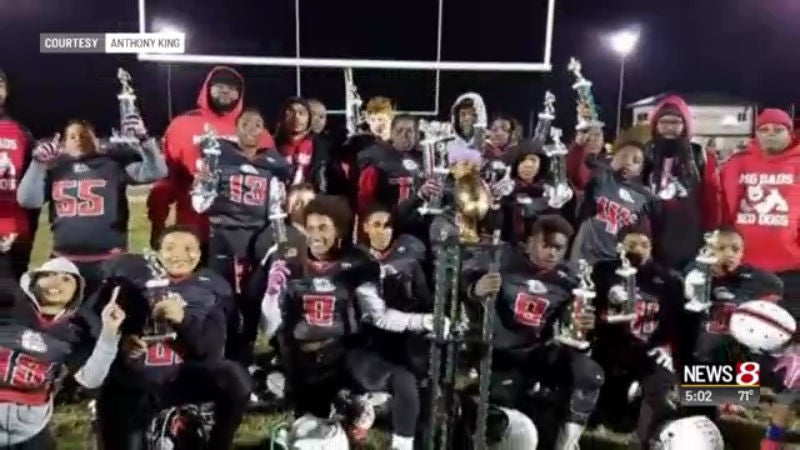 Horace worked with the MG Dad’s Club Youth Football League for about 40 years. The 70-year-old died along with eight of his family members Thursday in a duck boat accident in Missouri.

“Selfless. Loving. Caring. He was still disciplined all in the same breath,” King said.

King was just a 9-year-old football player when he met Horace.

Decades later, King became president of the league with Horace as vice president.

Horace’s son, Glenn, also coached in the league for about 10 years until he had to stop because of his work hours.

“Glenn was a little bit more relaxed and laid back than Butch was. The discipline part (was there) because I’m sure, as a father, he put that in him as well,” King said.

Players will have the option Monday night to skip practice to head to a 7 p.m. prayer vigil for the victims at Mount Olive Missionary Baptist Church.

Seventeen people died in the accident. Nine members of the Coleman family died. Glenn’s wife, Tia Coleman, survived the accident and is now out of the hospital.

“I’ve never had to recover from something like this,” Tia said at a news conference. “I don’t know if there is a recovery from it.”

King said he is still working out the plans but the league will find a way to honor Horace and Glenn this season.

“This is gonna hurt for a while. But I think, in the same breath, if you know Butch, you know you’re not allowed to lay around and mourn too long. You gotta move forward,” King said.