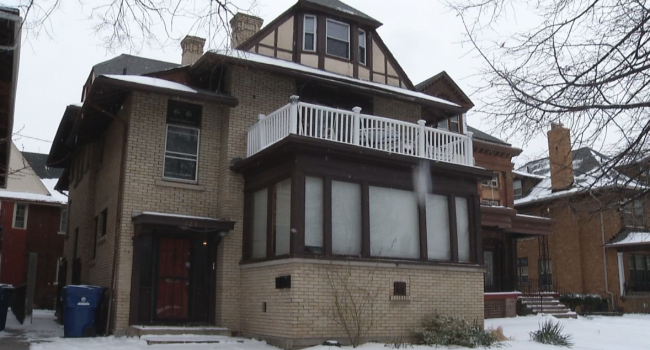 BUFFALO, N.Y. (WIVB) – Daniel and Jennifer Edgell gave their blood, sweat, and tears to improve an apartment house on Buffalo’s West Side, and paid the property taxes, only to lose it in the city’s annual tax foreclosure auction last October.

Jennifer called the makeover a labor of love for the couple and their extended families, “I had my bridal shower in that house, we spent Christmases in that house. We just cannot believe that it is not ours.”

If the Edgells paid their property taxes, how did they lose their house in a tax foreclosure auction? The couple moved to Florida to pursue job opportunities, and claim they did not get the separate bills for their garbage user fees.

The family is going to court in an attempt to rescind the city’s sale of their property, and they are represented by Jeffrey Bochiechio of the Bouvier Law firm, “The total debts were exclusively user fees, and they were only about $1,100. Whereas this couple purchased the home for over $200,000.”

Daniel said they never knew their house was even in jeopardy, until one of the buyers-investors from Maryland-knocked on the door and rousted their tenants, after the house was sold, “barged her way into their tenant space that they are renting, and was demanding a copy of the leases and the keys.”

The Edgells contend they never got a warning the city was about to sell their house, although notices are sent out. Paulette Campbell, an attorney with the Western New York Law Center said the city handles user fees separately from taxes, and in separate offices.

Daniel and Jennifer said they were on the city’s Landlord Registry, so they are having trouble understanding why they never received notification. A spokesman for the city’s administration said they don’t comment on pending litigation.

The Edgells’ case is set for a hearing in Erie County Court in two weeks.