Family of man charged with throwing kids in a pond: ‘He wasn’t ready’ to be released from treatment 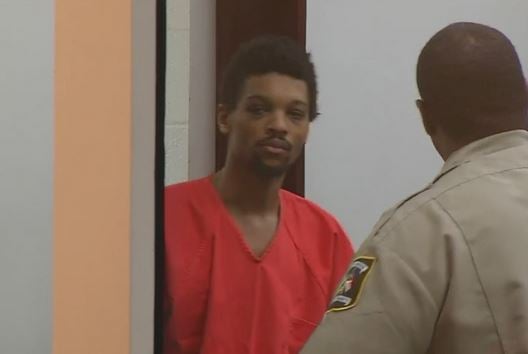 DURHAM, N.C. (WNCN) – Two days after his 3-year-old daughter died, and five days since police say he tried to drown her and two other siblings, a Raleigh man appeared in court Friday on a first-degree murder charge.PHOTOS: Children pulled from Durham pond

The charge against Alan Tysheen Eugene Lassiter, 29, of Raleigh, was upgraded Thursday. His 3-year-old daughter, Calista Lassiter, was pronounced dead Wednesday at the hospital.

“People need longer help for mental issues,” Bobby Lassiter said. “I think they put him out for insurance purposes.”

Alan Lassiter’s nephew, Andre Knight, said the event was shocking for the entire family, and he thinks his uncle snapped from the pressure of being unemployed and getting divorced. Knight said the family didn’t realize the extent to which Alan Lassiter was struggling.

UNC WakeBrook, in a statement Friday, said, “We discharge patients only when they are ready and help them get to the next level of appropriate care.

Sunday night, an off-duty deputy pulled two children, ages 3 and 5, from a lake on Shearwater Drive in Durham, and police performed CPR until help arrived. Police found a 7-year-old boy nearby. Both surviving children are now with family.

Lassiter faces attempted murder charges in their cases. He has been transferred to Central Prison so he can be monitored more closely, the Durham County Sheriff’s Office said.

According to police, Lassiter made a 911 call after the incident. In part of the call, he expressed frustration with Child Protective Services.

CPS was trying to take my kids away from me. All I did was try to go get help … because I was dealing with some [inaudible] things, OK?” he said. “I was dealing with some sexual desires. I started to go get help with, but instead they turned their back on me, the whole system and tried to take my kids [crying inaudible]… Y’all take this and y’all left me. When somebody asks for help, really help them OK? Really help them, because y’all didn’t help me.”

You blame CPS for this. You blame CPS. These [expletive] are dumb. They try to take people’s kids over dumb [expletive] and this is what you get! All I wanted was help! Ever since I tried to go get help, my problems got a hundred times worse,” he said. “Nobody was there for me!”

During the 911 call, Lassiter also asked that someone break the news to his wife, Ashley Ivey.