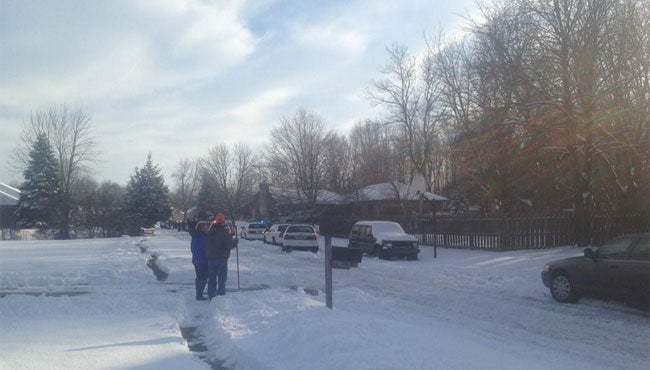 INDIANAPOLIS (WISH) – The family of the man who was fatally shot by Indianapolis Metropolitan Police Department officers over the weekend were released from the hospital on Monday afternoon.

According to police, officers shot and killed Kent Norman, Indianapolis, in the 1800 block of Heather Circle just after 4 p.m. Saturday.

The victims received extensive injuries during the attack. Police say that Norman was attempting to kill his own mother when dispatch got an open 911 call. Dispatchers could hear a disturbance going on in the background.

Officers arrived and told Norman to put down his weapon. When he didn’t comply with officers he was shot.

Investigators are still trying to gather more details about what led to the victims son’s violent attack.

The family has requested privacy at this time, but they wanted to share their appreciation toward IMPD for saving their lives.

“We would like to express our sincere gratitude to the two IMPD officers who courageously entered the house under dangerous conditions and engaged the armed individual. Despite attempts to get the family member to drop the weapon, he would not do so, resulting in the tragic outcome. However, due to the heroic and quick actions of these officers, lives were saved.

The loss of our family member, who had a troubled history of emotional problems, was very tragic. We would like to express our appreciation for the services of the entire Indianapolis Metropolitan Police Department, the responding officers, and Victim Assistance personnel.”