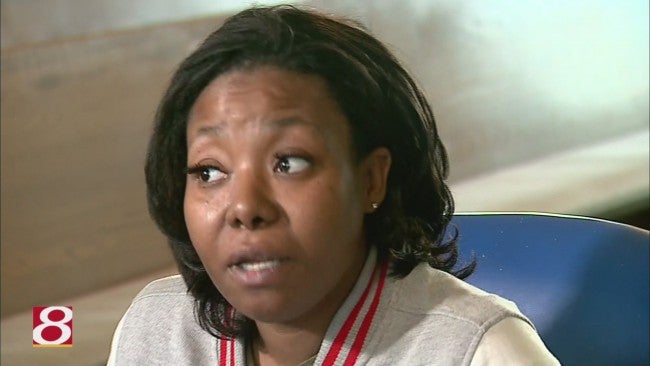 INDIANAPOLIS (WISH) – Sheila Taylor carried a weary look as she sat in front of a row of cameras.

Sheila is the grandmother of 14-year old girl accused of a vicious attack.

On Saturday, a spectator caught the teen on tape as she brutally attacked another teenage girl and the girl’s 5-year-old brother.

Shawn wanted to express how sorry she is to the victim’s family, but she isn’t sure how to approach them.

During a 20-minute interview, Shawn admitted her daughter needs help.

According to the family, the teen has been in and out of the Marion County Juvenile Detention Center. The family has placed her in group programs, camps, and even behavioral service programs.

“It took this for everyone to jump on-board,” said Sheila Taylor.

Since the video surfaced, the Taylor’s have received online and phone threats, and even strange men have showed up to the family’s home.

At this point, the family believes the safest place for the teen is in the juvenile center until she gets help.

“I would hate to think if she was out here right now, we have grown men talking junk on Facebook,” said Sheila Taylor.

24-Hour News 8, has decided not to identify the suspect because she has not been formally charged as an adult.

The family decided to talk to the media to express their regret and hopefully get the teen the help she desperately needs.