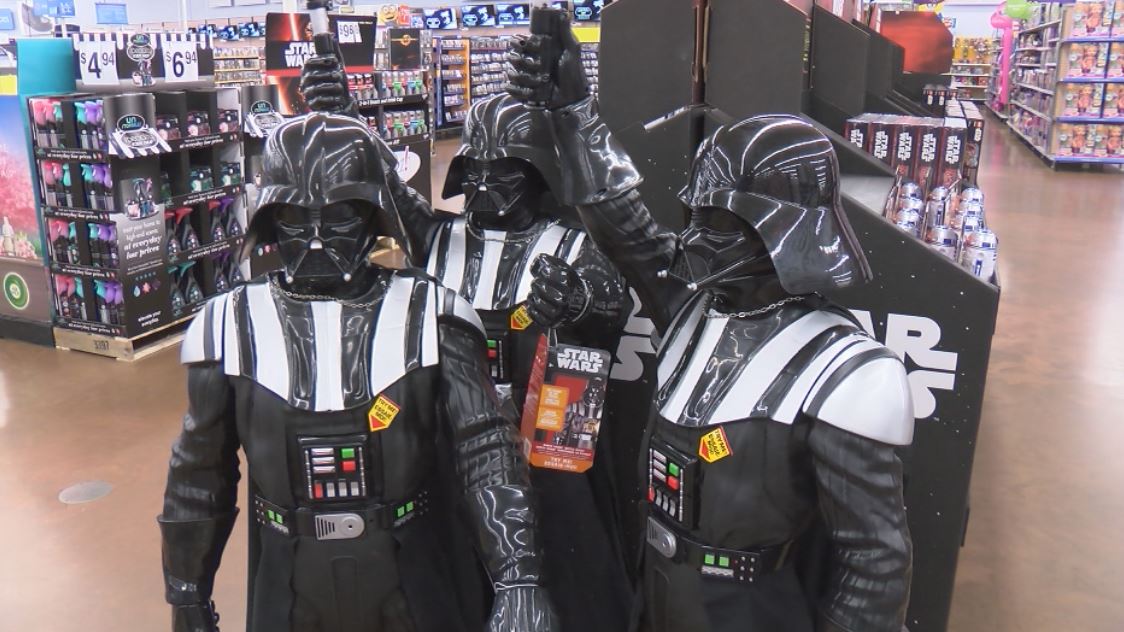 Some fans are hoping the toys give them clues about the new “Star Wars” movie “The Force Awakens,” which comes out in December.

It’s the first “Star Wars” movie since Disney bought Lucas Films back in 2012. The film stars some of the actors from the original “Star Wars” series.