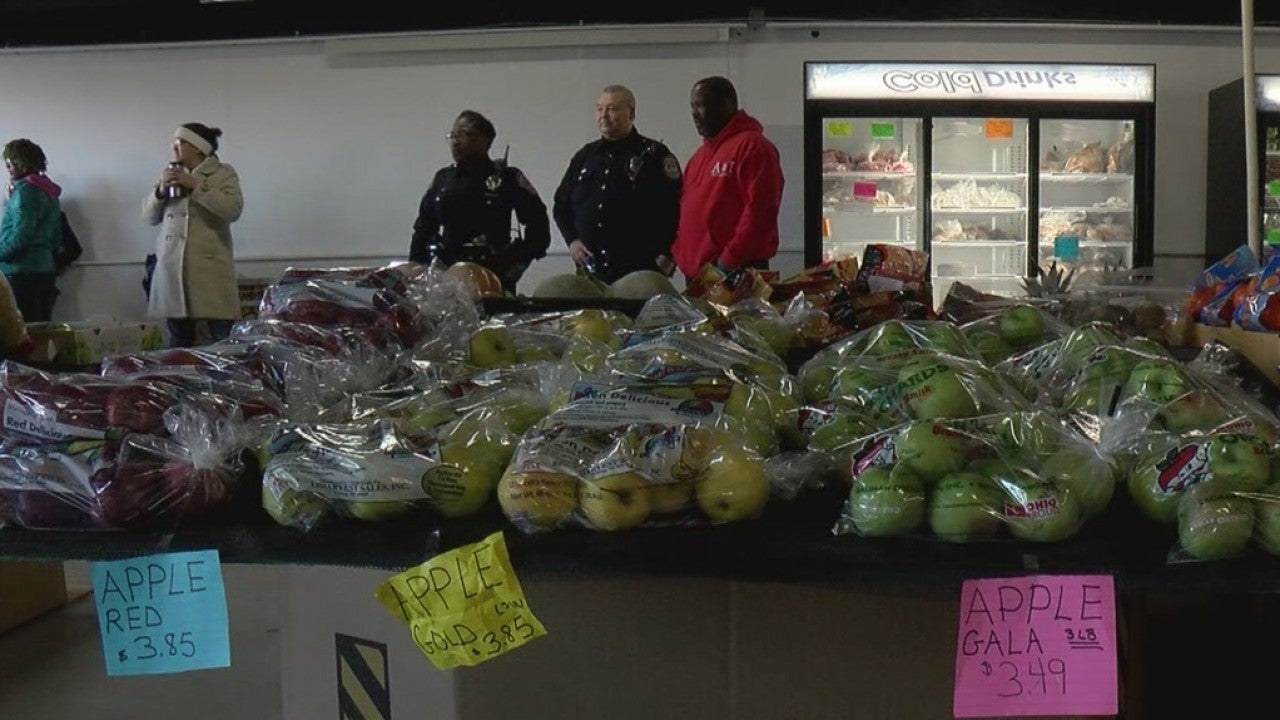 INDIANAPOLIS (WISH) — The east side community is rallying around a grocery store that has been hit by vandals twice since it opened in January.

The independent grocery store A & I Variety Meats and Produce, at 38th Street and Post Road, held a community action fundraiser Saturday.

About 150 people showed up to help paint and spruce up the store.

But the main goal was to buy out all the food in an effort to raise money.

Derris Ross with the Ross Foundation helped organize the event.

Ross said the store is in desperate need of repairs ranging from electrical and ceiling work to cosmetic issues like painting.

Owners Robert and Sony Hearst decided to open the store because it was located in what’s known as a “food desert” on the city’s far east side. A food desert is in an area with limited places where fresh, healthy, affordable food is available for sale.

Ross said the lack of resources means it’s even more important to get the store back on its feet.

“I felt like it was my responsibility to step up, being a leader out here and a community advocate, to say, ‘Hey, we’re not going to tolerate vandalism.’ We need this here. We are not going to lose this grocery store. We need this here. We will stand up to any neighbors or residents who think different! Because it takes unity, and it’s time to put the unity back in community,” said Ross.

The store will try to hold fundraisers like this the third Saturday each month until the grand opening, which will be sometime this summer.