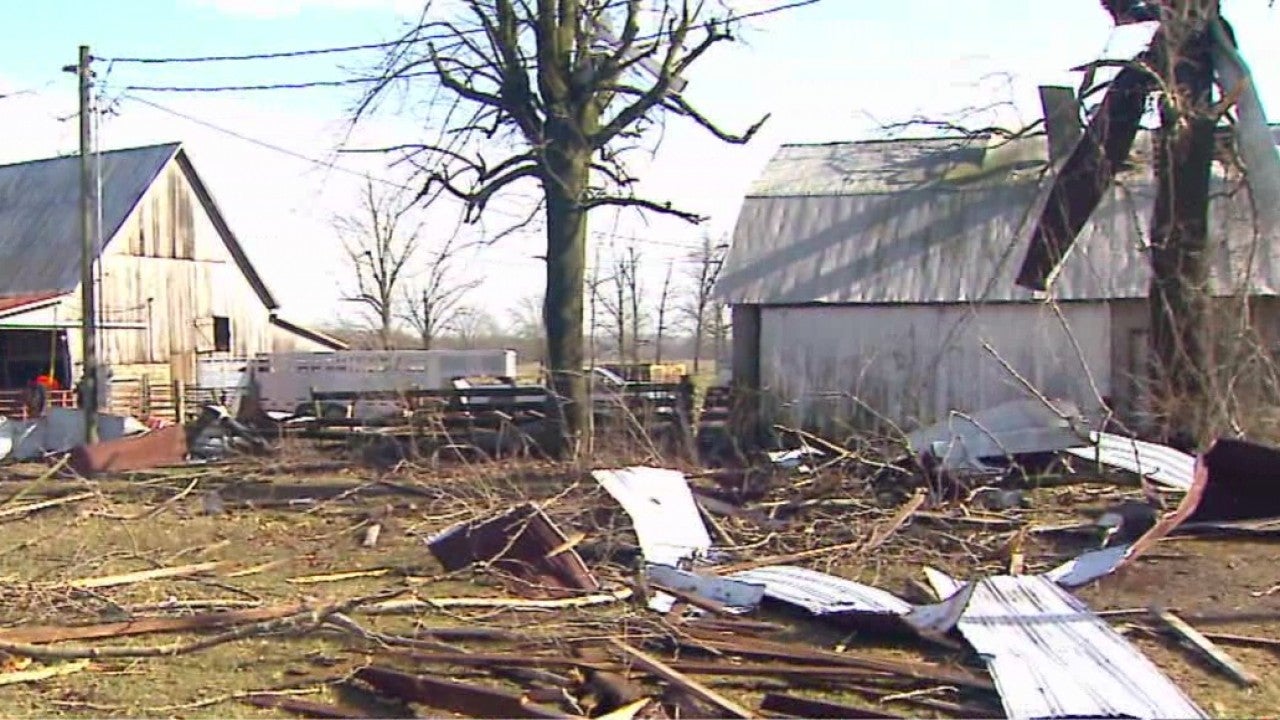 The storm fizzled out before it caused some real serious issues. Thankfully, there were no injuries.

Even in its short time, the storm packed a bit of a punch. People in Jackson, Bartholomew and Lawrence counties saw the most significant portions of the storm.

Duane Davis with Jackson County Emergency Management said Thursday night, “It could be straight-line winds. I am going to coordinate with the National Weather Service tomorrow to see if there was some rotations or something that could indicate this was a weak tornado.”

In Jackson County near Brownstown, a farm was in ruins after the storm left sheet metal wrapped around a tree, limbs down and a grain bin nearly falling over.

“With animals in there and around it, we could have been dealing with dead animals so it could have been a lot worse than what it actually did. In that case, we were actually pretty fortunate,” said farm owner Michael Isaacs.

In Lawrence County near Heltonville, a viewer sent in a photo Thursday afternoon of what WISH-TV Chief Meteorologist Ashley Brown said was a tornado.

“We tracked the same cell moving through Evansville into Bedford into Heltonville, where that tornado was produced there all the way into Batesville, and that was the strongest cell that we saw through out the day. It did weaken as it was moving north but it was a very slow process,” Brown said.

The National Weather Service will take a look in the coming days to determine if the damage was indeed from tornadoes, straight-line winds or even a microburst. On Thursday, the weather service at Indianapolis asked for damage reports from specific areas south of the capital.

We are seeking storm damage reports from portions of south central and southeastern Indiana, especially these towns and areas along the yellow lines in this image. #INwx pic.twitter.com/I8rWj89wtL— NWS Indianapolis (@NWSIndianapolis) March 14, 2019

Brown said, “We warned for this. Of course, we warned our viewers. We asked you to stay safe and get to the lowest level of your home at that point.”

Meanwhile, closer to Indianapolis, more damage from high winds was to blame for ripping the roof off a mobile home on Indy’s west side near West Vermont Street.