I-70 driver crashed into, killed man outside disabled truck 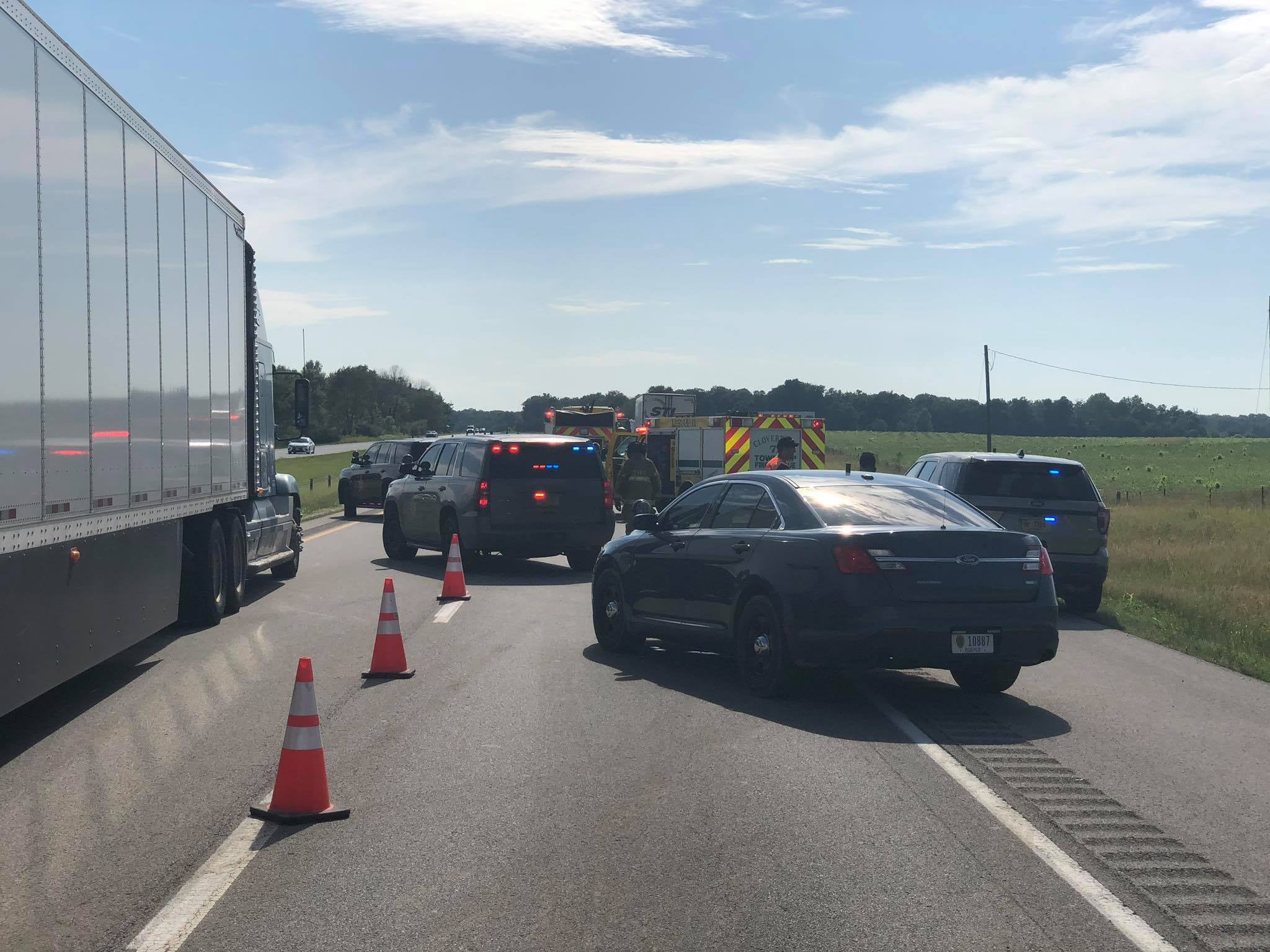 BELLE UNION, Ind. (WISH) – A Brazil, Indiana, driver faces a charge of being under the influence of a controlled substance after he drove a van off Interstate 70 and struck and killed a man outside a disabled truck.

Brian P. Rosano, 42, was charged with causing the death of another person while operating a motor vehicle under the influence of a controlled substance. He also faces two other traffic offenses and two drug offenses.

An Indiana State Police news release did not give the time of the crash, but Indiana Department of Transportation reported the fatal crash about 5:20 p.m. Monday. The crash closed a lane of westbound I-70 for about three hours between the Cloverdale and Little Flower exits. INDOT said the crash was about 6 miles east of the Cloverdale exit for U.S. 231.

Smith was securing his roadside warning devices after a roadside repair company had made repairs to his disabled truck, the release said.

Before the crash, state police were headed to I-70 after reports of a 2009 Chrysler van driving recklessly.  Emergency dispatchers had received calls about the van, with the first report from about 3 miles southeast of the State Road 39 exit. Callers to 911 said the van was “all over the roadway and driving recklessly in and out of traffic,” the release said.

Rosano was taken to the Putnam County Hospital in Greencastle for minor injuries received in the accident.  Rosano also submitted blood to test for drugs and alcohol, as this is standard protocol with all fatal crashes, and the results showed Rosano was under the influence of a controlled substance. The release did not specify what substance.

Once Rosano is cleared medically, he will be taken from the hospital to the Putnam County Jail in Greencastle.