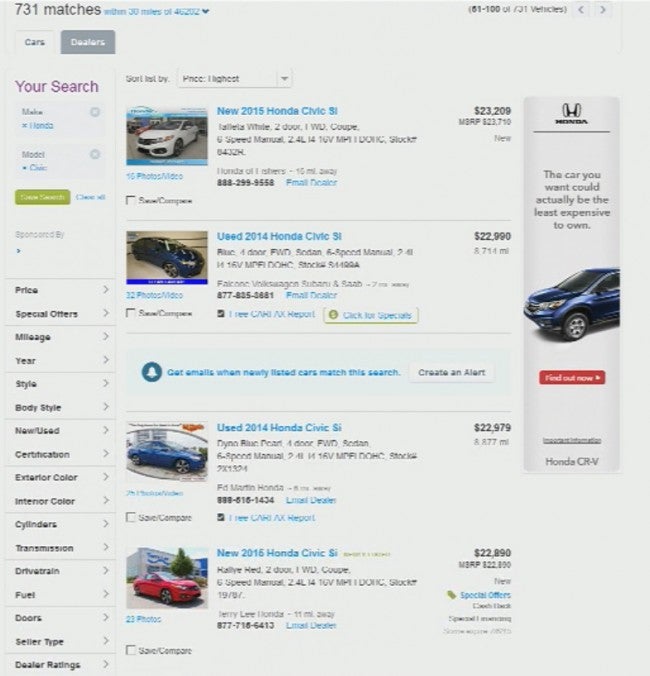 According to the police report, a man found a 1997 Honda EX on the popular website. In turn, the man contacted the owner.

The owner then had the buyer send three $500 dollar payments to a PayPal account. The buyer waited for his Honda to arrive, and it never showed up. So the buyer contacted the seller, and the seller asked the man for $1,000 more.

The buyer then realized he just became a victim and he contacted the police and filed a report. The victim didn’t wish to do an interview, but he told 24-Hour News 8 that he purchased the Honda for his son.

In the past, eBay has warned buyers to be careful when purchasing cars online. Typically the scammers offer a vehicle at a very low price. During the process, the suspects send fake invoices and often ask for payment through some type of wire transfer.

eBay has this statement posted on the company’s website asking site users to be on the lookout for the popular scam:

We’ve seen several fake emails and websites that are designed to look like they come from us, copying our logo and talking about features and services that we offer. But in reality these phony emails and sites are from bad guys who want to rip people off.”

We were contacted … yesterday and the vehicle listing was removed from our site immediately. Fraud prevention is an area Cars.com, and nearly every online company, proactively works to address. We provide a host of resources to educate consumers on the potential dangers of shopping online and provide tools to promote safe shopping practices.”

Police have no suspects, and it’s unknown if the suspect lives in the city.