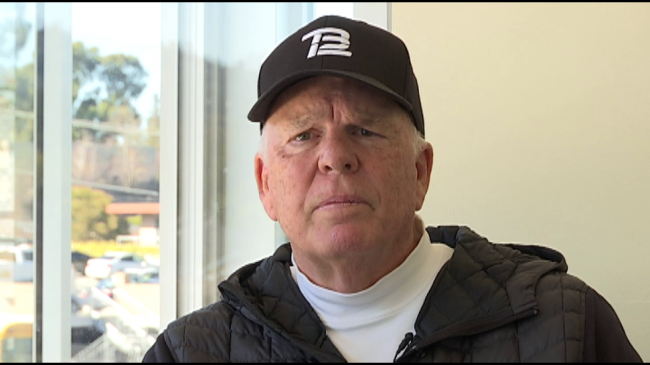 In an exclusive interview, Tom Brady Sr. pulled no punches Friday when asked about his thoughts on how Goodell handled the ‘Deflategate’ investigation, which accused the Patriots of improperly deflating footballs before the 2014 AFC championship game and ultimately, resulted in Brady serving a four-game suspension.

The elder Brady said it was difficult to watch his son be in the middle of controversy.

“When it happens to your son, it’s a whole different context,” Brady said. “Or your daughter or any one of your kids and I think any parent kind of understands that. They’d rather take the slings and arrows in the heart than have their kids take it. For what the league did to him (Tom Brady) and what Roger Goodell constantly lied about is beyond reprehensible as far as I’m concerned.”

Brady Sr. went on to accuse Goodell of unfairly singling out Brady and the Patriots.

“He went on a witch hunt and went in way over his head and had to lie his way out in numerous ways and the reality is that Tommy never got suspended for deflating footballs,” Brady Sr. said. “He got suspended because the court said that he could, Roger Goodell could do anything he wanted to do to any player for any reason whatsoever. That’s what happened. The NFL admitted they had no evidence on him.”

If the Patriots go on to win Super Bowl 51, many have wondered if Goodell would feel uncomfortable handing the Vince Lombardi trophy to Brady.

In a radio interview earlier this week, Goodell said that “it would be an honor” to pass the trophy to Brady and he also called the four-time Super Bowl champion a “surefire hall of famer.”

“It should be an honor because somebody that has Roger Goodell’s ethics doesn’t belong on any stage that Tom Brady is on,” Brady said.