FBI agents back on the Maumee 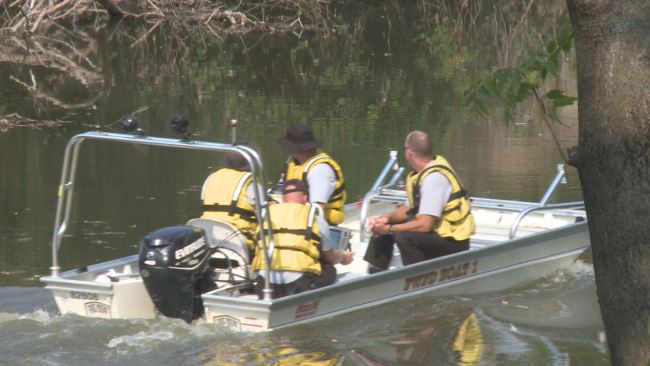 FORT WAYNE, Ind. (WANE) — FBI agents returned to the Maumee River near downtown Thursday as part of an investigation shrouded in mystery.

Special Agent David Crawford said agents began their investigation Monday, but he refused to discuss what it’s about. In fact, Crawford said details would not be revealed even after the agents wrap things up – whenever that is.

“I’ll be disappointed if, when it’s all over, we don’t hear something about it, they say they’re working through the Fort Wayne police,” said Joe Higi, who lives across the street when interviewed on Wednesday. “If they don’t, just pull up and leave, then I would be disturbed about it, to kind of disrupt everything.”

Crawford said the community has no reason to be concerned, however.

On Wednesday, four tents could be seen on the natural levee along the Maumee, near the intersection of Edgewater Avenue and Oneida Street, as agents in two boats floated on the river. At least one diver could be spotted in the river. Red and green buoys were also in the water. Agents had long orange cables next to the tents, and an equipment truck was parked along the roadway just down the hill.

About 12 agents were on the scene.

“When you see the FBI, it’s definitely something serious and then if they’re being secretive and not wanting you to know what’s going on, that’s really scary,” said Roshan Morgan, “You know, at least say, ‘hey you’re safe, you’re okay.’ That would help a whole lot.”

On Tuesday, The News-Sentinel reported the agents had a rope stretched across the river near the Tecumseh Street bridge, and the Fort Wayne Fire Department also had personnel on the scene. The report said the Rivergreenway on the north side of the river at the bridge was barricaded going west along Edgewater Avenue during the investigation.

Adam O’Connor, spokesman for the Fort Wayne Fire Department, confirmed a crew is helping the FBI but could not discuss in what way.