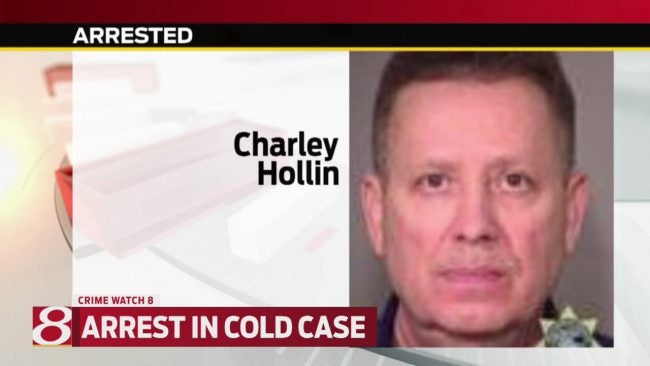 SEYMOUR, Ind. (WISH) — A man on the run for almost 20 years is now in police custody. Charley Hollin made the FBI’s Most Wanted list after they say he kidnapped and sexually assaulted a young girl in Seymour in 1999.

The FBI tracked the man down in Oregon. Police say he was once a private investigator so creating a new identity wouldn’t be difficult for him. According to the FBI, he had fake hair pieces, mustaches and a police officer badge. But the FBI didn’t stop pursuing him, and it eventually paid off.

Church bells ring throughout the small town of Seymour. To say this is a tight knit community would be an understatement. Just ask Fred Moritz who has owned Union Hardware Do It Center for about 40 years.

“Everybody knows everybody pretty well. If we don’t know one another, sooner or later, we’ll probably meet you,” he said.

At the Dragon Fly Boutique, the memory of the incident is ingrained in Debra Reinhart’s brain because it happened right across the street.

Police believe in Jan. of 1999 Hollin lured the 10-year-old to his car in the parking lot of the Girls Inc club. According to police, he told the girl he locked his keys in his vehicle and asked if she could help because her arm was smaller and could reach through the window, which was cracked open, to unlock the door.

“That’s what’s so scary about everything,” said Reinhart. “Because people can just come across so normal,” she said.

Police believe Hollin then pulled out a knife, abducted the girl, molested her and then dropped her off on the side of a county road naked. They say he then tossed out her clothes after.

“Back when this occurred, yes, there was very much concern about the safety of children,” said Moritz.

In Feb. of 2000, authorities issued an arrest warrant for Hollin. However, he was nowhere to be found, leaving residents with questions.

“Is the man still here? Is he still lurking about or has he taken off,” wondered Moritz.

Turns out, he had skipped town. The FBI arrested him on Tuesday without incident. He’s now in the Multnomah County Jail in Oregon.

“That’s fantastic. Just sorry it took so long for that to happen,” said Moritz.

According to the FBI, Hollin will be extradited back to Indiana, although they did not give a specific date.

The FBI will be holding a new conference on Friday morning. They say representatives from the US Marshals Office, Attorney General Office and Seymour Police Department will all be there. WISH-TV will also be there.

You can catch it live on WISHTV.com.