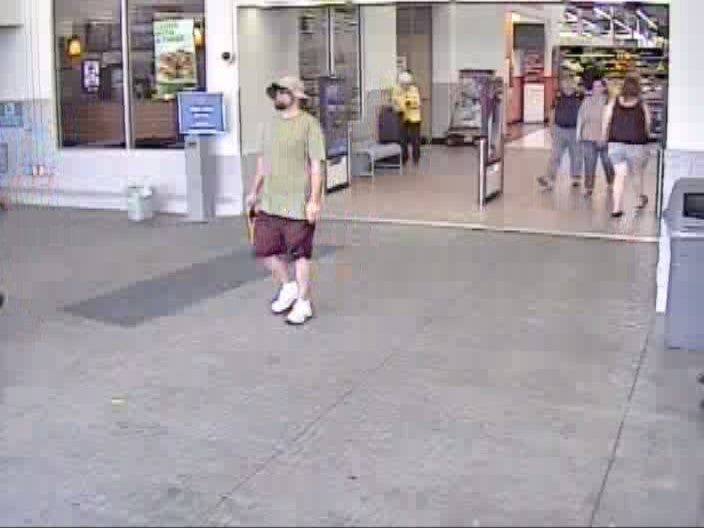 INDIANAPOLIS (WISH) — A man sought in a Shelbyville bank robbery is now wanted by the FBI for four other robberies and a carjacking in North Carolina and Tennessee.

The FBI said Tuesday that the man has been dubbed the “Big Box Bandit.” His identity remains a mystery. The FBI is offering a reward for information leading to the suspect’s arrest and conviction, although an agency spokeswoman did not immediately know the amount of the reward.

About 10:35 a.m. May 31, the Woodforest National Bank inside the Walmart store at 2500 Progress Parkway on Shelbyville’s east side was robbed, the city’s police department said in a news release issued the same day as the crime. The man told the teller “this was robbery.” The teller complied, and the male left the bank and headed into the parking lot. Police provided surveillance photos of the male and the vehicle he drove in the release.

The FBI said Tuesday that the man also robbed the FSNB bank inside the Clinton, Tenn., Walmart in May. A few days later, the man entered another FSNB bank branch inside the Kingsport, Tenn., Walmart and carried a manila envelope. In both of those robberies, the man entered the banks and demanded money be placed in a provided envelope. The FBI release did not provide the exact dates of those robberies.

FBI agents said clues also helped them connect the suspect in the Shelbyville robbery to a bank robbery in Candler, N.C. The date of the North Carolina robbery was not listed in the news release.

In what is believed to be the man’s most recent crime, he was named a suspect in a West Knoxville, Tenn., carjacking on June 21. The carjacked vehicle was used in the robbery of a check-cashing business inside a Walmart in Chattanooga, Tenn., Walmart, the FBI said.

The man has driven a blue, older-model Ford Taurus and a gold Chevrolet Trailblazer stolen from Knoxville during the robberies. In the Shelbyville surveillance photos, the Ford Taurus was shown.