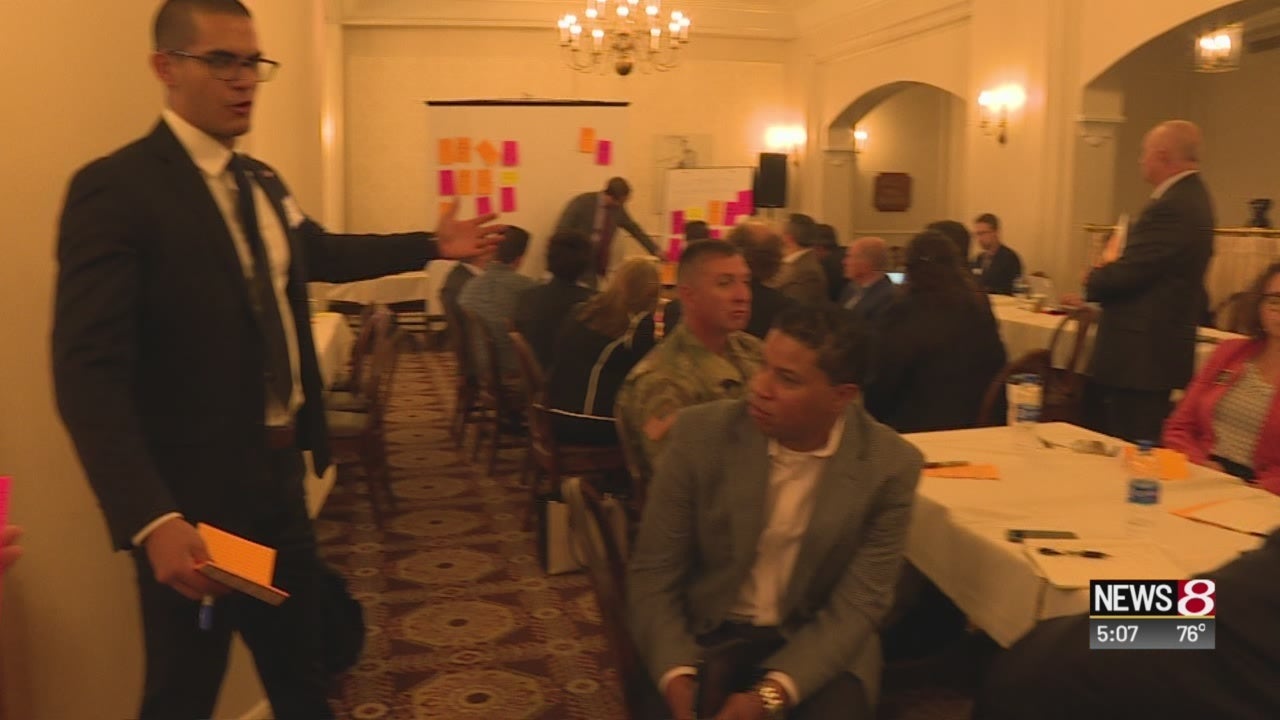 INDIANAPOLIS (WISH) — Federal and state leaders are in the state’s capital talking cybersecurity.
They are trying to tackle some important questions to keep you safe.

Two of those questions: How can lawmakers create laws that protect us from cyber threats and how can we as a state protect ourselves from those same threats?

Cybersecurity Program Director of Indiana’s Office of Technology within Indiana’s Department of Homeland Security Chetrice Mosley, said Wednesday “It is a threat that affects every business in every way. It doesn’t matter the size.”

A hacker messing with your healthcare. A cyber attack on the electric grid.  Someone hacking into and tinkering with the water supply. The federal government says it could happen.

That’s partly why dozens of state and federal leaders are in Indianapolis. The National Governor’s Association chose Indiana as one of four states to host  a 2-day state cybersecurity workshop.

David Forscey, a policy analyst with the National Governor’s Association said Wednesday, “Their objectives, over the next two days are ‘How can we develop a more robust cyber-security workforce pipeline? It’s not just how can we make sure students have the skills employers need. It’s also do employers know what they need?”

A representative with the U.S. Department of Commerce says there’s a cybersecurity workforce shortage. The website, Cyberseek, says there are more than 2300 cybersecurity jobs open in Indiana.

“We’re trying to be very focused on the different work roles,” Rodney Petersen, Director of the National Initiative for Cybersecurity Education within the National Institute of Standards and Technology, which is part of the United States Department of Commerce explained on Wednesday. “Ranging from people who proactively defend, develop policies, and try to make sure users are educated and aware. To people who are responding and recovering from incidents.”

Bottom line, the state said cybersecurity is a battle that may never end, but one they will keep fighting.

“Will we ever get 100 percent in front of it? Not practical,” Explained Indiana Lieutenant Governor Suzanne Crouch’s Chief of Staff Tracy Barnes. “However, we need to aggressively make sure we’re not too far behind so we can make sure we’re safe.”

Next, the plan is for these agencies to travel to other states, go back to Washington, D.C and put this all together, then come back to Indiana for another conference early next year.

To learn more about cyber and electronic crimes from the National Governor’s Association, click here.
To learn about cybersecurity from the United States Department of Commerce, click here.

Here’s more information on cybersecurity from the National Instutute of Standards and Technology as well as the United States Department of Homeland Security.

Here is information from the State of Indiana on cybersecurity resources and protection.