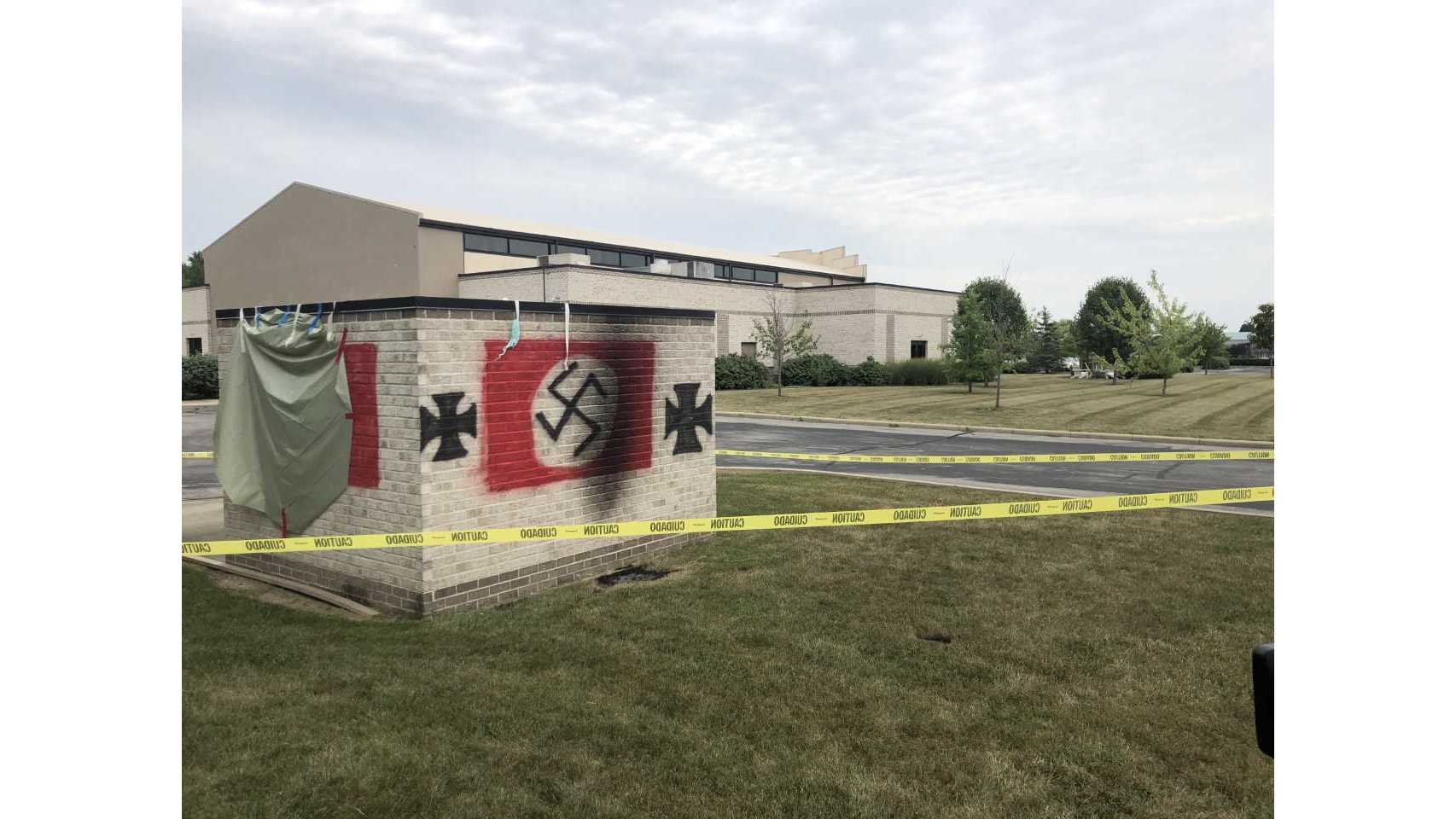 CARMEL, Ind. (WISH) — A 20-year-old Cloverdale, Indiana, man is in jail after prosecutors said he admitted to vandalizing a Carmel synagogue because it’s “full of ethnic Jews.”

He is facing federal charges that could land him in prison for up to 10 years.

Federal prosecutors said Thursday that Nolan Brewer spray-painted Nazi flags and lit a fire on the ground outside a shed on the Congregation Shaarey Tefilla property in the early morning hours of July 28.

“It is overwhelming,” Congregation Shaarey Tefilla Rabbi Benjamin Sendrow said. “I can’t articulate how much (the arrest) meant to us.”

Court documents state Carmel Police Department got a tip leading them to Brewer. FBI detectives found Walmart security video showing Brewer and a partner in crime buying red and black spray paint and bandanas the day before the incident.

Prosecutors said Brewer’s partner is also under arrest but they will not give a name.

“I cannot get into the details about that person at this time,” U.S. Attorney Josh Minkler said at a Thursday news conference.

Brewer is the custody of the U.S. Marshal’s Service.

Indiana State Police stopped Brewer’s car Wednesday and found him in a military-style, camoflouge jacket with a German flag on it.

Prosecutors said Brewer told detectives he wanted Jewish people to “back down or something like that.”

“I don’t know how he could go so far astray this early in life but I guess those influences are out there,” Sendrow said.

According to court records, Brewer admitted he and his partner in the crime used homemade napalm to light a fire under the swastika to create an “effect.” Investigators said they found pictures of the vandalism on his phone.

Minkler said he does not believe the suspects are linked to any larger hate groups.

The vandalism sparked support from people across the Indianapolis area and electronic billboards showing the word “love” with the Star of David.

“They tried to evoke hatred and fear,” Sendrow said. “What they produced was an outpouring of love and support and solidarity.”

The U.S. Attorney’s Office announced the arrest at a 1 p.m. news conference. The FBI and Carmel Police Department were also at the announcement.

Watch the full news conference on the WISH-TV Facebook page.