Felicity Huffman to plead guilty in admissions scam May 13 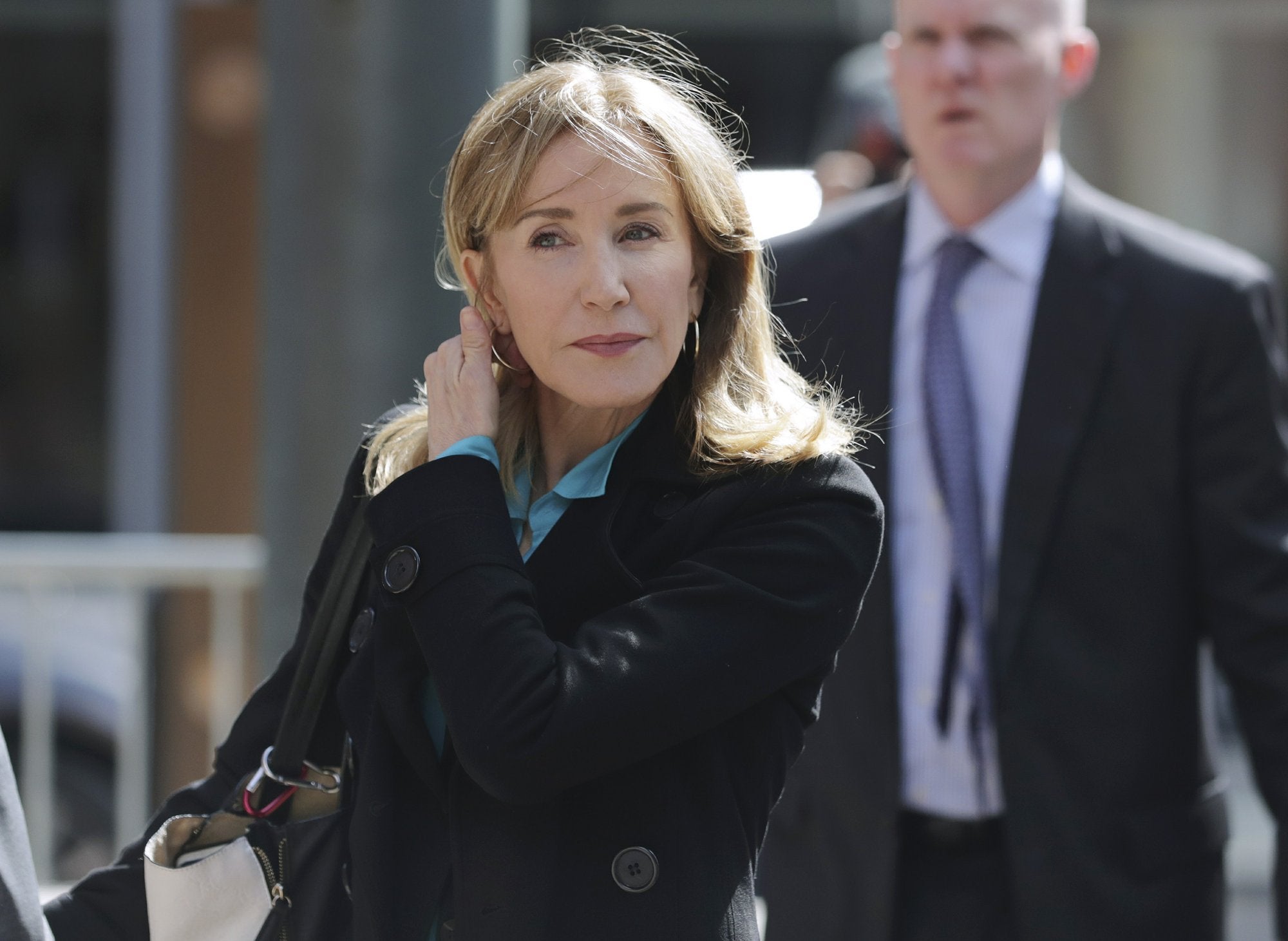 FILE - In this April 3, 2019 file photo, actress Felicity Huffman arrives at federal court in Boston to face charges in a nationwide college admissions bribery scandal. Huffman, who pleaded guilty to a single count of conspiracy and fraud in May, is returning for sentencing in federal on Friday, Sept. 13, 2019 court in Boston. (AP Photo/Charles Krupa, File)
by: Associated Press
Posted: Apr 29, 2019 / 10:45 AM EST / Updated: Apr 29, 2019 / 10:45 AM EST

BOSTON (AP) — “Desperate Housewives” star Felicity Huffman will plead guilty on May 13 to charges that she took part in a sweeping college admissions cheating scam.

Huffman had been scheduled to enter her plea in Boston federal court on May 21. A judge on Monday agreed to move up the hearing because the lead prosecutor will be out of town.

The actress agreed earlier this month to plead guilty to conspiracy to commit mail fraud and honest services mail fraud. Authorities say she paid $15,000 to have someone correct the answers on her daughter’s SAT.

Huffman was charged in March along with dozens of other prominent parents and coaches at elite universities. Prosecutors say other parents paid an admissions consultant to bribe coaches to get their children admitted as fake athletic recruits.