Female lion kills father of her cubs at Indianapolis Zoo 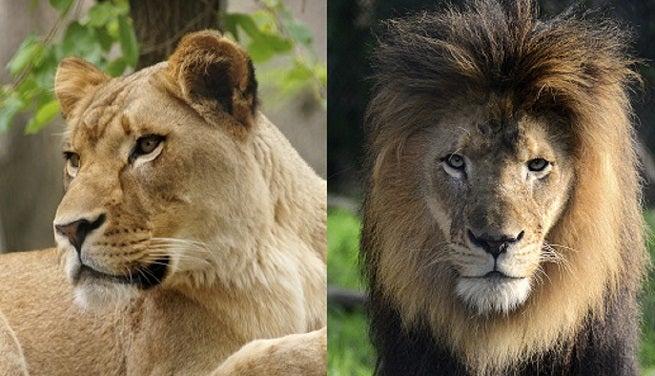 INDIANAPOLIS (WISH) — A lion has suffocated another lion to death at the Indianapolis Zoo.

An adult female lion, Zuri, inflicted the injury on Nyack, a 10-year-old male lion, the zoo said Friday. Nyack died Monday morning in the outdoor yard before the zoo opened.

Animal care staff heard an unusual amount of roaring from the outdoor yard and found Zuri being aggressive with Nyack. A younger female lion, their 3-year-old daughter, Sukari, was also in the yard at the time.

The zoo said its personnel made every effort to separate the lions, but Zuri held Nyack by the neck until he stopped moving.

The two lions had been housed together for eight years, the zoo said.

Zuri and Nyack produced three cubs in 2015. The two lions were part of the Species Survival Plan, which was designed to oversee population management of select species within Association of Zoos and Aquariums institutions and enhance species conservation in the wild.

Nyack was on loan from the San Diego Zoo.

The animal care staff kept daily logs, which had not recorded any unusual aggression, injuries or wounds between the two lions. They were compatible with no outward indication that an event like this would occur. The zoo said it would conduct a thorough review of the incident.