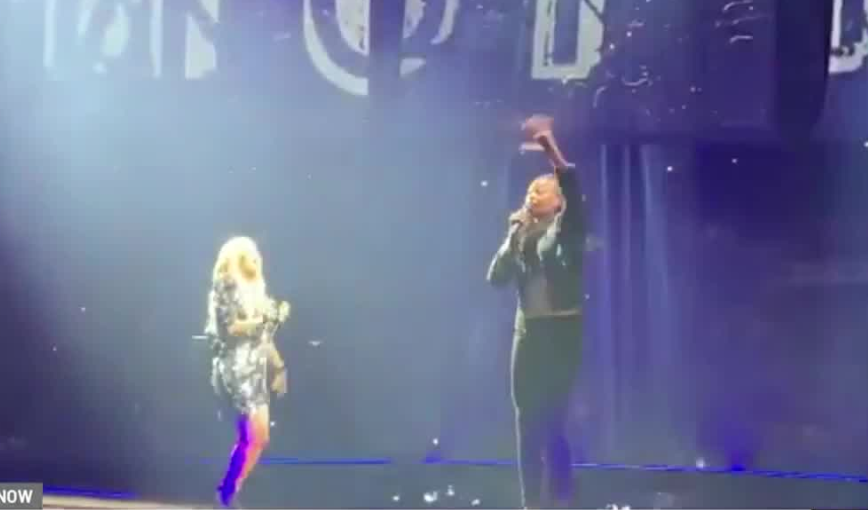 INDIANAPOLIS (WISH) — Carrie Underwood wasn’t the only star to grace the stage during her concert at Bankers Life Fieldhouse Sunday night.

The country singer invited Indiana Fever’s own Erica McCall up to the stage to join her in performing her song “The Champion.”

In a video posted to the official Indiana Fever Twitter page you can hear the crowd roar after McCall got on stage and began rapping Ludacris’ part of the song.

“Had the time of my life it was absolutely amazing, a rush of adrenaline, I gotta get up there and do it again,” Indiana Fever forward Erica McCall said in a video posted online after her performance. “Thank you, Carrie! It was a great opportunity.”

Some of McCall’s Fever teammates were seen celebrating with her once she got off stage.

When you get off stage with @carrieunderwood and the entire SQUAD is there to celebrate with you! ????????❤️ pic.twitter.com/sbT6szycXo — Indiana Fever (@IndianaFever) June 17, 2019