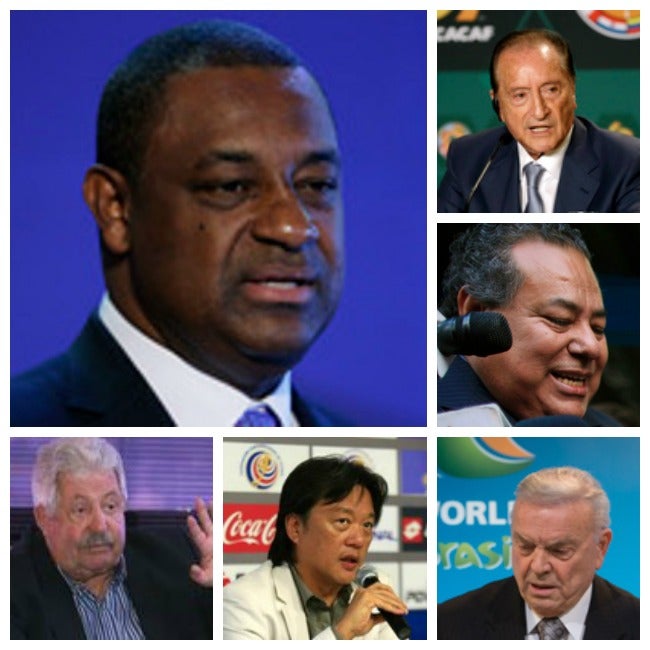 (MEDIA GENERAL) – The U.S. Department of Justice released a 47-count indictment in the early morning hours Wednesday, May 27, 2015, charging 14 people, including nine high-ranking FIFA officials with racketeering and money laundering conspiracies, among numerous other charges.

“The indictment alleges corruption that is rampant, systemic and deep-rooted both abroad and here in the United States,” Lynch said in a statement. “It spans at least two generations of soccer officials who, as alleged, have abused their positions of trust to acquire millions of dollars in bribes and kickbacks. … Today’s action makes clear that this Department of Justice intends to end any such corrupt practices, to root out misconduct, and to bring wrongdoers to justice.”

Here is a breakdown of the 14 defendants listed by the U.S. Department of Justice, including those who were arrested Wednesday morning in Zurich:

Warner served in a variety of prominent roles throughout international soccer, including serving as CONCACAF president from 1990-2011 before he stepped down after corruption charges. In 2013, an investigation concluded Warner had committed fraud against CONCACAF and FIFA.