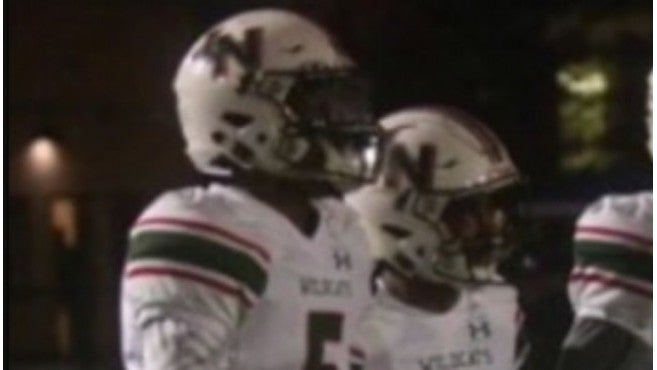 INDIANAPOLIS (WISH) – What was supposed to be a vigil the day after a 19-year-old was shot and killed turned violent.

People met Wednesday night in a parking lot near East 38th Street and Post Road to honor Trevon Bonds. The vigil was initially set for Bonds’ alma mater, Lawrence North High School, but administrators asked that it be moved.

The reason for the fight was not immediately known, but it canceled the vigil for the former football player who graduated three weeks ago.

Indianapolis Metropolitan Police Department said someone shot and killed Bonds on Tuesday night at the Waterfront Terrace Apartments near West 34th Street and Moller Road on the west side.

Family members said Bonds loved football and hoped to play at the College of DuPage in Illinois.

Bonds’ friend Chad Smitherman said, “He wanted to go to college and play football. and, you know, with me and him being so close, we just talked about it all the time. That’s really why I want to focus on going to college and doing that for him in his honor. Yeah, in his honor.”

Police have made no arrests in the murder case. Anyone with information was asked to call Crime Stoppers of Central Indiana at 317-262-8477.