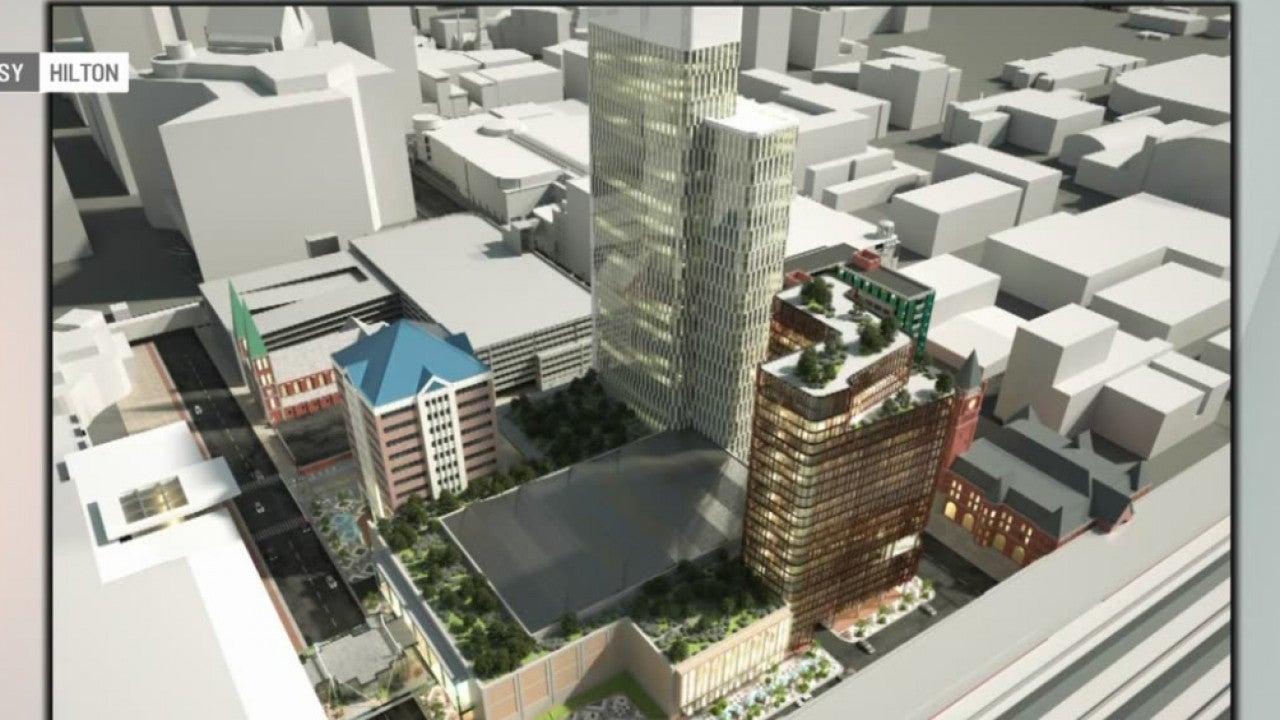 INDIANAPOLIS (WISH) — Visit Indy, the entity that sells Indianapolis conventions and tourism to the world, is locking horns with downtown hotel owners over the new Hilton hotel.

Hilton Hotels has been given the green light to build two hotels with 1,400 rooms on Pan Am Plaza, a change to the Indy skyline that many viewed as a win.

“If we do not grow and grow strategically we will lose convention business, we will lose major sporting events and that would not be good for tourism as a whole,” said Chris Gahl of Visit Indy.

But existing hotel owners and operators like Bruce White, whose company owns or manages more than 40 percent of the downtown hotel rooms that connect to the Indiana Convention Center, disagree.

“So we are concerned about a 38 percent growth in supply, which is extraordinary, and as far as I know unprecedented in the United States,” said White.

Pan Am Plaza is probably the last plot of open space in Indianapolis that easily connects to the convention center, so there is no question the space is valuable.

“This parcel is very, very important to the longevity of Indianapolis from a tourism and major sporting events standpoint. Connecting into the convention center is what our city leaders 30 years ago commanded us to do as a city,” said Gahl.

The hotel owners say more rooms will set off a downhill slide for downtown, with fewer taxes collected, employee layoffs and reduced investment in current hotels. But Gahl says if we don’t expand the downtown decline is almost certain.

“If we do not grow and grow strategically, we will lose convention business, we will lose major sporting events and that would not be good for tourism as a whole,” said Gahl.