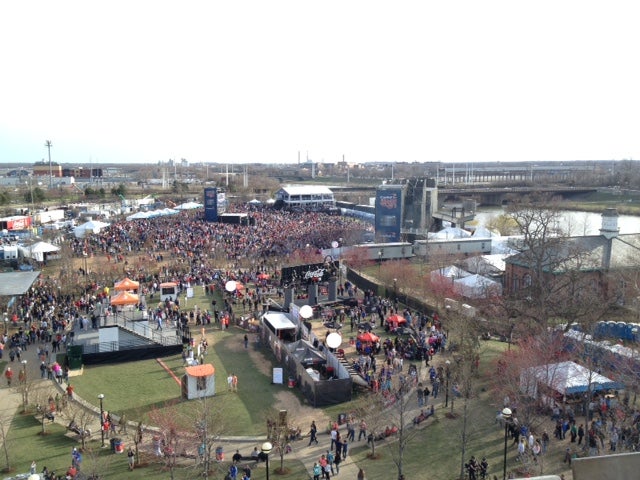 INDIANAPOLIS (WISH) — City organizers say Final Four weekend is proving to be a success. Between concerts, fan fest and basketball, thousands are in Indy to witness all the city has to offer.

For the second night in a row White River State Park reached its capacity of 25,000 people. First, Saturday night for Rihanna and then again Sunday night for Jam Fest featuring Lady Antebellum and Zac Brown Band.

“We couldn’t even get in, but we’re enjoying it, trying to see the screen through the sunlight,” said Verna Hill of Martinsville, while standing outside the concert.

The crowds weren’t only record breaking at White River State Park, but also at the convention center for Fan Fest

Numbers are still being crunched, but Visit Indy says the crowds for this Final Four could beat those from the last time the city hosted.

“Based on what we’re seeing today, very healthy, very encouraging as we round out the weekend and head into the final stretch,” said Chris Gahl of Visit Indy

The final stretch is Monday when Duke faces Wisconsin for its 5th championship title.

“I think we got this. Championship for Duke!” Said Annette Seabrook, a Duke fan.

If Wisconsin wins it’ll be their first championship since 1941.