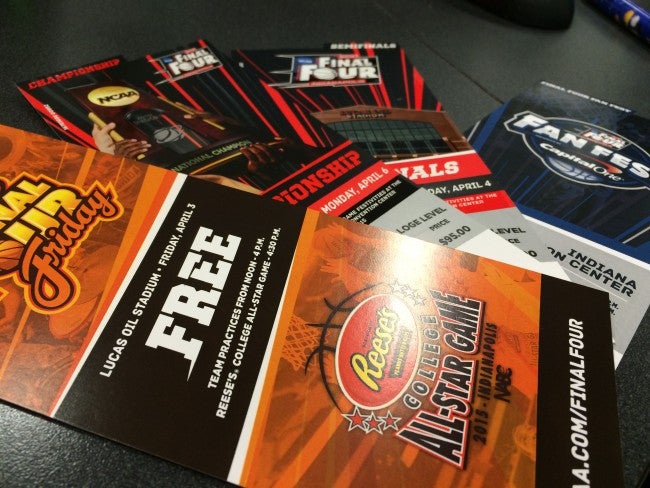 Fans are expected to start arriving in Indianapolis Thursday, with venues opening Friday. Activity is in high gear all with one goal: provide a memorable Final Four experience.

Inside the Convention Center, it’s a full court press to bring Fan Fest ,known as Bracket Town during the 2010 Final Four, to life in time for its noon opening Friday.

“It has gotten both bigger and better since then,” said John Dedman, vice president of communications for Indiana Sports Corporation.

With everything from merchandise to basketball courts to interactive areas, Fan Fest offers a little something for every Final Four fan.

“It’s become that nice iconic central part of downtown Indianapolis that feeds right into the Convention Center,” Dedman said. “So we wanted to make sure it had a Final Four feel to it.”

A Final Four feel also found just down the street at White River State Park where fans can watch a basketball game Saturday night, take a spin on the Ferris wheel and, of course, catch such acts as Imagine Dragons, Lady Antebellum and Rihanna on the main stage.

“All the schedules were put in place to have a little bit of buffer knowing that this time of year in Indiana that weather could pop up,” Dedman said.

And with the clock running out, organizers say they’ll be ready.

“Bring on the teams and bring on the fans,” Dedman said. “We’re really excited. It’s gonna be a great week.”

White River State Park will have free admittance for all the activities there, including the concerts. Final Four Friday at Lucas Oil, which includes a concert by Austin Mahone and team practices, will also be free. Doors open at the stadium at 11 a.m.