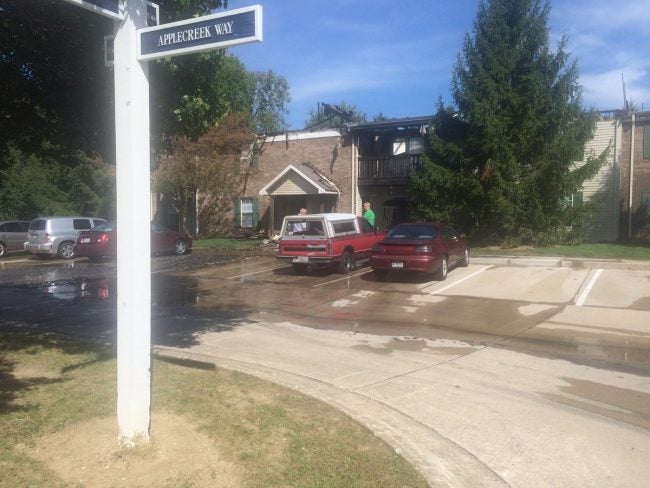 ANDERSON, Ind. (WISH)  – A fire at an Anderson apartment complex lead to hundreds of thousands of dollars worth of damage.

The fire occurred Tuesday afternoon at the Apple Creek Apartment Complex in the 5600 block of Applecreek Way in Anderson.

The fire initially broke out around 12:15 Tuesday afternoon.  Crews arrived on scene minutes later to begin fighting the flames.

Around 2:30 p.m., the Anderson Fire Department that the fire had been extinguished.

In total, six families were displaced and the Red Cross has been called in to assist. One animal did parish in the fire.  However, no other injuries have been reported at this time.

Half of a section on the apartment complex was lost in the fire.

Anderson FD: no people were hurt in this fire. Some pets did not make it. 6 displaced families from Applecreek Apts. pic.twitter.com/oV70Y6NHEJ– Tim McNicholas (@TimMcNicholas) September 13, 2016