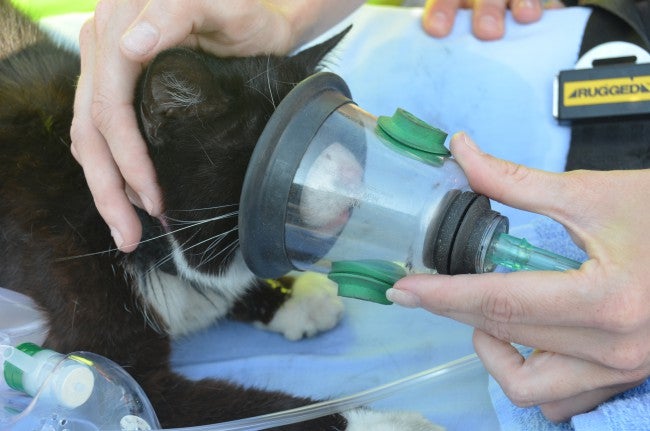 INDIANAPOLIS (WISH) — A family’s home is a total loss after a Friday evening fire.

According to the Indianapolis Fire Department, crews were called to the 3900 block of South Meridian Street just before 6 p.m.

Firefighters extinguishing the fire in about 30 minutes.

The family was outside of the home at the time of the fire and were all unharmed.

Firefighters did manage to rescue one of the family’s cats.

Sissy Mouse was limp and barely breathing when found.

After about fifteen minutes, she was up and moving around thanks to teamwork by IFD, IMPD and IEMS.

A second cat, Dakota, was believed to be outside the residence at the time but is currently unaccounted for.